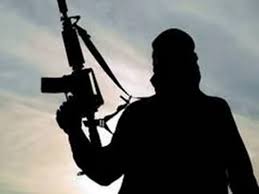 Residents of Ruwan Jema, a community in Bukkuyum area of Zamfara State said terrorists attacked a Jum’at mosque on Friday and killed 18 people.

Multiple local sources reported that the attack began a few minutes after 1 p.m. and lasted for over an hour.

The attack was suspected to have been carried by terrorists from either the Dogo Gudale gang or Shadari gang, which are based in the nearby Gando forest.

An indigene of Bukkuyum town, Abdullahi Salisu, said the terorrists arrived the mosques in motorcycles just as Jum’at prayer was about to start and started shooting at the worshippers indiscriminately.

Salisu, who was in Bukkuyum town Saturday afternoon, said Ruwan Jema has been deserted.

He added that several residents fled into the bush but were later seen in other communities while others trekked to Bukkuyum, the local government area headquarters.

A traditional ruler, who asked not to be named for safety reasons, said several residents are receiving treatment at the General Hospital in Bukkuyum.

“There are more than ten victims with gunshots injuries in Bukkuyum General Hospital . This morning, the medical officer asked that four people should be taken to Sokoto for urgent medical attention. I was there when they left. They sustained serious gunshots and we hope they survive it,” the traditional ruler added.

Another resident of Bukkuyum, Abubakar Usman, said the dead bodies had not been buried as of Saturday.

He added that he heard that policemen and soldiers stationed in the area were getting reinforcement to go to the community so that the dead bodies could be buried.

The police spokesperson in the state, Mohammed Shehu, did not reply an SMS sent to him for comments.

Zamfara State, considered the epicentre of terrorism in the Northwest, has been witnessing renewed terror, and areas like Bukkuyum and Gummi are among the worse hit since January.

Share
Facebook
Twitter
Pinterest
WhatsApp
Previous articleYour immune system can shift your priorities and affect your decision-making
Next articleAre you a pilot, aircraft engineer, experienced crew member? There are vacancies for you at Nigeria Air. This is how to apply

Men are producing fewer sperm all over the world could lead...