Home Fashion The Taliban have formed a government. These are the key administration leaders...
Fashion

The Taliban have formed a government. These are the key administration leaders in Afghanistan 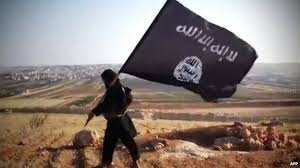 The Taliban have announced an interim government in Afghanistan, declaring the country an “Islamic Emirate”.

The new cabinet, entirely male, is made up of senior Taliban figures some of whom are notorious for attacks on US forces over the last two decades.

It will be led by Mullah Mohammad Hassan Akhund, one of the movement’s founders, who is on a UN blacklist.

The interior minister is the feared FBI-wanted leader of the Haqqani militant group, Sirajuddin Haqqani.

The Taliban seized control of most of Afghanistan more than three weeks ago, ousting the previous elected leadership.

Announcement of the acting cabinet is a key step in the formation of a permanent Taliban government. The new leadership will face significant challenges, not least stabilising the country’s economy and gaining international recognition.

The Taliban have previously said they wanted to form an inclusive government. However, all of the cabinet ministers announced on Tuesday are already established Taliban leaders, and no women were included.

The Taliban want “strong and healthy relations with our neighbours and all other countries based on mutual respect and interaction”, said the statement, released in English – with the caveat that they would respect international laws and treaties “that are not in conflict with Islamic law and the country’s national values”.

Hibatullah Akhundzada has never made a public appearance. This is the first message appearing to come from him since the Taliban took control last month.

Hassan Akhund, the new interim prime minister, served as deputy foreign minister from 1996 to 2001, when the group was last in power. He is influential on the religious side of the movement, rather than the military side.

His appointment is seen as a compromise, after recent reports of in-fighting between some relatively moderate Taliban figures and their hardline colleagues.

Sirajuddin Haqqani, the new acting interior minister, is head of the militant group known as the Haqqani network who are affiliated with the Taliban and have been behind some of the deadliest attacks in the country’s two-decade-long war – including a truck bomb explosion in Kabul in 2017 that killed more than 150 people.

Unlike the wider Taliban, the Haqqani network has been designated a foreign terrorist organisation by the US. It also maintains close ties to al-Qaeda.

According to the FBI’s profile on Haqqani, he is “wanted for questioning in connection with the January 2008 attack on a hotel in Kabul… that killed six people, including an American citizen”.

It adds: “He is believed to have coordinated and participated in cross-border attacks against United States and coalition forces in Afghanistan. Haqqani also allegedly was involved in the planning of the assassination attempt on [former] Afghan President Hamid Karzai in 2008.”

The Haqqani network has also been blamed for an attack on the US embassy and nearby Nato bases in Kabul on 12 September 2011. Eight people – four police officers and four civilians – were killed in that attack.

A movement which has long moved in the shadows, whose names would surface only on the world’s terrorism watch lists, is now announcing titles used in governments the world over.

Acting prime minister Mullah Akhund appears as a compromise candidate after reported rivalries among leading military and political figures who will serve under him.

Its caretaker nature also provides breathing space as the Taliban move from guns to government.

It also underlines the Taliban view that a Taliban victory can only mean Taliban rule. Sources say they pushed back against calls for an “inclusive” government. They balked at including former political figures and officials, who’ve had their turn at the top, and especially those tainted by corruption.

“Why should we let others pick our cabinet when other countries pick their own?” was one retort.

As for women, there was never a chance they would be given a ministerial role; the Ministry of Women’s Affairs seems to have been, for now, abolished altogether.

Other appointments to the new government include:

■ Mullah Yaqoob as acting defence minister. He is the son of Taliban founder and late supreme leader Mullah Omar. He first came to prominence in 2015 when, in an audio message released after his father’s death, he called for unity within the militant group.

■ Taliban co-founder Mullah Abdul Ghani Baradar will be one of the PM’s deputies. Baradar was previously head of the Taliban’s political office, and oversaw the signing of the US withdrawal agreement last year.

■ Amir Khan Muttaqi is acting foreign minister, a senior leader who took part in negotiations with the US about their withdrawal.

Asked why no women were given posts, one senior Taliban figure told the BBC that the cabinet had not been finalised yet.

The government announcement came on the day Taliban fighters fired shots at a protest of hundreds of people, mainly women, in Kabul.

Footage from the scene showed people running to safety, while heavy gunfire – warning shots fired by militants – was heard in the background.

The Taliban now claim full control of Afghanistan, saying they have defeated resistance fighters who were holding out against them in the Panjshir valley, north of Kabul.

The National Resistance Front of Afghanistan (NRF) said in a statement that it “considers the announcement of the Taliban’s caretaker cabinet illegal and a clear sign of the group’s enmity with the Afghan people”.

Lazarus Chakwera, the president of Malawi, is said to have travelled to the United Kingdom (UK) to attend a virtual conference owing...
Read more
Fashion

We woke reasonably late following the feast and free flowing wine the night before. After gathering ourselves and our packs, we...
Read more
Fashion

Expert Advice: The Best Retro Chic Fashion for All Ages

We woke reasonably late following the feast and free flowing wine the night before. After gathering ourselves and our packs, we...
Read more