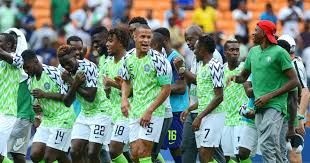 No fewer than 11 Super Eagles players have pulled out of Friday’s international friendly against Cameroon in Austria, The PUNCH reports.

However, that number has been dwindling over the last few days, leaving Rohr scrambling to find replacements in time for the game.

While the official reason for the other withdrawals have been medical, player sources told ESPN that outstanding debts owed by the Nigeria Football Federation have played a big part on their unwillingness to risk further injury.

“The players are not happy,” the source, who is one of the players who withdrew from the game, told ESPN.

“They have not paid bonuses and allowances, nothing at all for the entire 2021 Africa Cup of Nations qualifiers.

“We have sacrificed by playing throughout the qualifiers without being paid. I think now, with all the injuries, it is hard for many of us to make the sacrifice to come and play a meaningless friendly when the outstanding bonuses have not been paid.

“It is better for us to stay away, recover properly, rest and get ready for the new season and the World Cup qualifiers.”

For Rohr, this presents a major logistical challenge, as he scrambles to make up a squad of 18 players less than a week before the match, though has attested that all the medical withdrawals are legitimate.

He told ESPN, “We had nine defenders in the list, six now are out.

“They said they had some injuries and the doctors from the clubs said they need to rest because they have some pains. So, we got some medical attestations from the teams.

“Ola Aina told me yesterday (Sunday) that his ankle is painful and he cannot make it and the club physio said he cannot play. Then we have (Kevin) Akpoguma, we knew already he is injured and cannot play.

“Victor Osimhen is injured. He sent us an attestation. The meniscus in his knee is painful.

“(Zaidu) Sanusi is injured. He was in Paris to see a doctor, for surgery perhaps, but not for the moment. (Tyronne) Ebuehi sent us a message with a medical attestation that he cannot make it. And Semi Ajayi also says he has problems with his back and the physio says he needs two weeks of rest.

“Simy Nwankwo also, they sent us attestation from his club that he cannot make it because he is injured.”

To make up for the absentee players, Rohr called up some fresh ones as replacements: Valentine Ozornwafor from Galatasaray, Samson Tijani from RB Salzburg and Frank Onyeka from Midtylland, among others.

But even that failed to resolve the situation as players that he called up to replace the injured players, also ended up pulling out.

“I invited Tijani from Salzburg, who has told me that he is injured in training yesterday (Sunday) due to hamstring. And Frank Onyeka from Midjtylland, I called him but he cannot come either,” Rohr added.