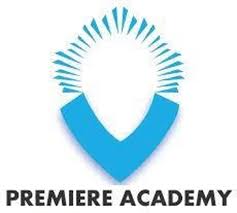 In further demonstration of our commitment to bringing regular updates to our stakeholders on the issue of Miss Keren-Happuch Akpagher, a Senior Secondary Class (SS) 1 student of our school, who died on Tuesday, 22 June, 2021 at a hospital her family took her to in Abuja, we note that the police-ordered autopsy rescheduled to hold on Wednesday, 7 July 2021 held as planned.

We understand that all the major stakeholders attended and witnessed the exercise carried out by Dr Desmond Ike Okonkwo, the principal pathologist at the Maitama General Hospital, who was appointed by the police to conduct the autopsy.

The report of the autopsy is yet to be released and is being awaited as at now. This, notwithstanding, some rumour mongers have gone to town with mere speculations and ill-informed guesses as to what the report says, purporting same as true. While we call on all and sundry to disregard any rumour that pertains to the autopsy report until the police releases the official report, we also call on the police, who ordered the autopsy, to promptly release the official report so as to both discourage these rumour mongers from further spreading rumours and guide the public on the right path.

We advise all stakeholders to be patient and allow the law enforcement agencies, who are already taking all necessary steps towards unravelling the controversies surrounding the death of the poor girl, to do their job as efficiently as possible. The pursuit of justice should be the common mission of all stakeholders in this matter and we can only achieve this by aligning ourselves with the police, who is leading this pursuit.

We pray for the peaceful repose of Miss Keren Akpagher’s soul and ask God to comfort her bereaved family.