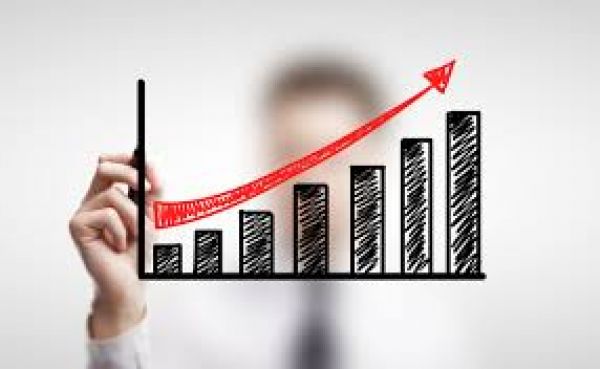 We all know that “no pain, no gain” doesn’t just apply to lifting weights. If you want to get better at something or achieve a difficult goal, the process is almost certainly going to require you to get out of your comfort zone and suffer a little (or a lot).

But most of us view that discomfort as a byproduct of the process, something to expect and endure but also try to minimize. That’s understandable, but it’s also holding your back, a new study out of Cornell and the University of Chicago finds. If you want to maximize your success, the research shows, you shouldn’t actually chase success. Instead, seek out discomfort. You’ll end up reaching your goals faster.

The more awkward you feel, the faster you improve

Say, for example, you want to become a famous comedian. As a first step, you might sign up for an improv class. When you walk in the door, what should you say to yourself? Many people’s first instinct would be to give themselves a pep talk about trying to be as funny or creative as possible. That’s the end goal after all.

But when researchers actually invited 557 volunteers to show up at a beginner improv class, those who were told to try to make themselves feel awkward and uncomfortable actually performed better and were more persistent than those who just aimed to do well in the class.

Intriguing, you might think, but what does that have to do with me? Of course comics have to get used to feeling like fools. Sorry to break it to you, but so do entrepreneurs.

The research team also conducted a series of follow-up experiments. Whether study participants were studying current events or completing a writing task, those who were told to seek out discomfort ended up doing better at whatever task they were given.

“Overall, the results suggest that we should seek out the feelings of awkwardness or discomfort that are often associated with personal growth, and interpret them as signs of progress towards our goals,” says the British Psychological Society’s Research Digest blog summing up the results. Or, put simply, whether you’re a comic, an entrepreneur, or an aspiring writer, aiming for awkwardness will help you improve faster than focusing on mastery alone.

The BPS blog points out that, while this research is compelling, it only captures a snapshot in time. Do those who seek out discomfort persist and excel over the long haul, or does all the awkwardness burn them out before they can reach their goals?

This study can’t answer that question. But there are reasons to expect that seeking out discomfort might be a winning strategy in life as well as short-term lab experiments.

Who did better, the students instructed to produce tons of wonky bowls and lopsided mugs or those told to chase excellence? Those who created more, probably embarrassing work outperformed those who aimed to create a masterwork. Embracing awkwardness won out over focusing on success.

“It seems that while the ‘quantity’ group was busily churning out piles of work — and learning from their mistakes — the ‘quality’ group had sat theorizing about perfection, and in the end had little more to show for their efforts than grandiose theories and a pile of dead clay,” the authors of the book that popularized this story explain.

Those who embrace the messy, frustrating process of getting better put in more practice than those who focus on success. Therefore they get better faster. That’s why many artists advise those learning their craft to just accept the fact that they will suck at first (their word choice, not mine) and actively try to create bad art.

Science and art seem to be in agreement. If you have audacious goals or are trying to master something difficult, be that ceramics or starting a business, actively seek out the frustration and embarrassment of being bad at your chosen pursuit. Those unpleasant feelings mean you’re doing and learning, and it’s only by doing and learning that you actually improve.