Will you be successful, or just a dreamer? Steve Jobs said your answer to one question reveals the answer 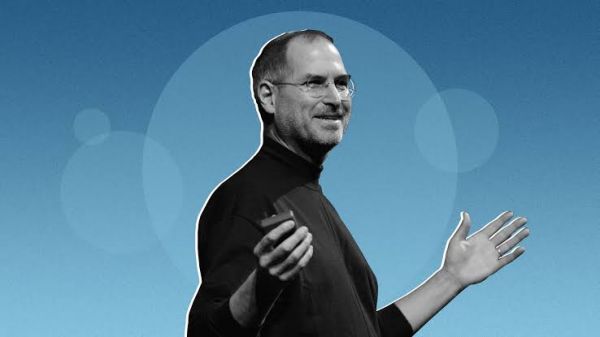 Work for someone else, and your success (at least your professional success) is in large part outside your control. You can control how hard you work, how dedicated you are, how loyal you are… but you can’t promote yourself. And you definitely can’t give yourself a raise.

According to Steve Jobs, independence and self-reliance often get in the way of success. As Jobs said:

I’ve never found anyone who said no or hung up the phone when I called. I just asked.

To Jobs, “Do I ask for help?” was a question that predicted an individual’s success.

Take the first iPhone. An early prototype’s hard-coated plastic screen wasn’t hard enough: After Jobs spent a day carrying it around in his pocket, he noticed the screen was already scratched.

Jobs could have gone the self-reliant route. He could have tried to fix the problem himself using Apple’s considerable resources. Instead, he called Wendell Weeks, the CEO of Corning Glass, and described the type of glass he needed.

After a little back and forth — and a few cleverly effective words of persuasion that you should definitely borrow — Weeks agreed to help by providing gorilla glass, a product the company had developed in the 1960s but never put into production.

And here’s the kicker. When Jobs biographer Walter Isaacson walked into Weeks’s office years later, only one memento was on display.

A letter from Jobs that said, “We couldn’t have done it without you.”

That’s the thing about asking for help.

Sure, admitting you need help can make you feel weak, or vulnerable, or somehow “less than” in the eyes of the other person.

But that’s not what happens. When you ask for help — in the right way — other people don’t think about you. They think about how your request implicitly shows you respect them. Implicitly shows you trust them. Shows you value or admire the skills, talents, experiences, or resources they clearly worked hard to obtain.

And gives them the opportunity to make a difference, however small, in someone else’s life. Judging by the framed letter on his wall, Weeks was clearly proud to have made that difference for Jobs.

Which is the ultimate reason asking for help can predict success.

Since no one does anything worthwhile on their own, asking for help might just be the first step towards creating long-term, mutually-beneficial relationships that build a foundation for lasting success.

An element that should be included in everyone’s definition of “success.”

Share
Facebook
Twitter
Pinterest
WhatsApp
Previous articleUS will no longer enforce mask mandate on airplanes, trains after court ruling
Next article“I will tell VP Yemi Osinbajo not to contest for presidency if I have my way” – Babajide Otitoju