WPU VC: Abba Kyari was an active participant in this case, not a victim of the system 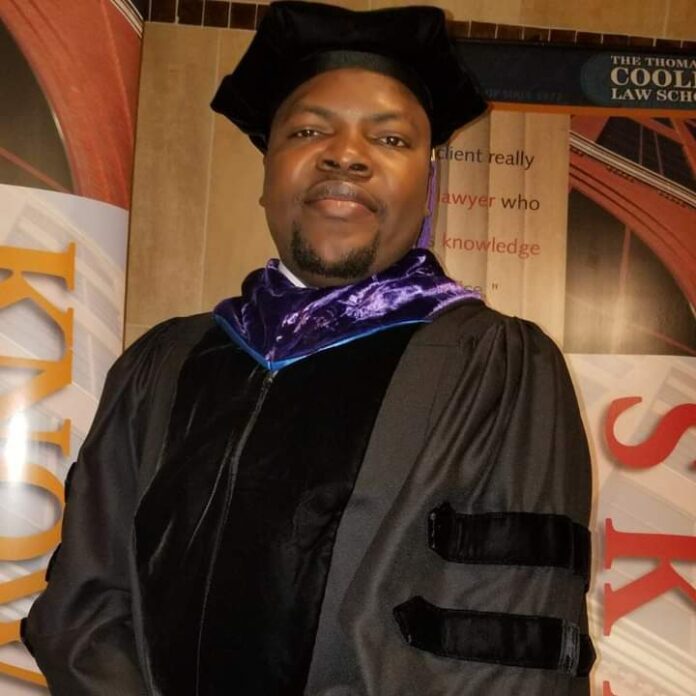 August, 01 2021, Michigan. Within the four corners of Nigeria, only a FEW people, unfortunately, are UNTOUCHABLE, starting with the incumbent (elected) leaders, particularly the president and “powerful” governors: a rogue BUREAUCRAT, no matter how effective/popular s/he is, can be easily REPLACED.

The allegations against ABBA KYARI, a now-suspended assistant commissioner of police, were too serious to be ignored: when the FBI indicts a citizen of your country (a powerful police officer for that matter), and unless you are China and Russia, two equally powerful countries, you MUST take immediate actions.

In a similarly situated developed country, the public official will be administratively suspended pending the outcome of an independent investigation. If the allegations are very serious, it is not unusual for the public official to resign, or/and immediately be fired.

The FBI does not indict someone based on hearsay statements; to get a warrant, they must show probable cause, pursuant to the 4th Amendment to the United States Constitution. In plain English, the FBI must demonstrate, based on a thorough investigation and considering the totality of the circumstances, that they have a reasonable basis to believe that a crime may have been committed.

If the FBI can show probable cause, then a reviewing judge will issue a narrowly tailored warrant (either a search warrant, or an arrest warrant), to that effect. The FBI must faithfully execute the warrant. If a search warrant says that you can only search a suspect’s living room, and during the execution of the warrant, save for permissible exceptions, any search that exceeds the living room area will be suppressed, an extraordinary remedy for the violation of the suspect’s constitutional right.

Even if a bag of cocaine were to be found in the suspect’s basement, that evidence MUST be suppressed (a poisonous tree cannot bear a good fruit, i.e., the fruit of the poisonous tree doctrine). In any criminal case, a suppression hearing is very critical; if you can suppress the prosecutor’s principal evidence, the case will crumble.

Why did I dedicate five paragraphs to explain the mechanics of a warrant? I wanted you to understand that ABBA KAYARI was not a victim of the system; in fact, he was an active participant in this case; and, because the FBI showed a legally sufficient probable cause, Judge Otis Wright issued a warrant for his arrest.

Additionally, the legally sufficient probable cause is just a harbinger of what is to come, meaning that the prosecutor, at the time of filing a separate criminal complaint against ABBA KAYARI, will unveil comprehensive criminal counts against him. Think of the warrant as the calm before the storm.

Let me use this opportunity to address another cliché argument by the intellectually docile supporters of the mob enforcer/government.

Can the authorities in Nigeria make a similar move against a similarly situated person in the US? I don’t want to make a conclusory statement here, so permit me to carefully analyze the question (perhaps use this question as a teachable moment on good governance and institutional deficiencies).

Hint: Abba Kayari’s supporters will be disappointed; if you are one of his supporters (and I care about your mental health), stop reading.

If you are here to learn, then keep reading. I will consider certain factors that are likely to inhibit Nigeria from making a similar demand against a developed country, such as the U.S., where the rule of law is sacrosanct.

First, we (the authorities in Nigeria) are incapable of conducting such a thorough (evidence-based) trans-border investigation; we just don’t have the resources (this particular investigation involved more than four countries in more than three different continents).

Investigating a criminal syndicate/complex fraud is not an easy task, you have to put together a dedicated team of experienced investigators and prosecutors, allowing every layer of the investigation to be carried out in a systematic and methodical fashion.

Equally important, they have to put in place a standard operating procedure, which addresses all the ifs during the execution stage. To protect the integrity of the investigation, investigators put in place certain guardrails, including, inter alia, quality control checks and chain of custody procedures, insulating the outcomes of investigation from a collateral attack.

Second, we do not have an independent investigative body (the Economic and Financial Crimes commission, EFCC, and Independent Corrupt Practices Commission, ICPC are given their next assignments by the occupants of Aso Rock, targeting their political enemies, i.e., politically exposed persons); so, outside of Nigeria, nobody really respects the outcomes of those investigations.

Within the FBI, we also have a strong internal mechanism to prevent lawlessness. Without boring you with what is already in the public domain, think of how Ibrahim Magu was arbitrarily removed and court-martialed by the executive branch, barring the press from observing the proceedings, triggering multiple constitutional violations.

Feel free to skip the next paragraph.

Personally (and I have done a couple of internal investigations, through my firm, for multinational corporations), I do not trust the EFCC and ICPC. (You can see my blog for a more comprehensive analysis about this topic, particularly on the issue of segregating the prosecutorial and investigative powers of the EFCC and ICPC).

Third, we do not have an independent judiciary/attorney general of the federation. In the interests of fairness and justice, the third reason is very important. For years now, the judiciary, a co-equal branch of government, has affirmatively become a lap dog for the executive branch. Most recently, we found out that former Chief Justice Walter Onnoghen was removed from office based on trumped-up charges by the Buhari administration, misleading the public at the time of removal.

Furthermore, Abubakar Malami, the attorney general of the federation, is another effective lap dog, going above and beyond to desecrate the rule of law, silencing dissenters, using the instrumentalities of the State to punish conscientious advocates, in furtherance of his boss’ agenda, NOT the public, constituting egregious violations of his oath of office. Unsurprisingly, when Malami selfishly executes the hit list, or/and when the judiciary allows political interference in the administration of justice, people don’t trust the outcomes of their actions.

Finally (factor no. 4), in international relations, powerful countries, particularly liberal democracies, set up a rule-based system. Through powerful international organizations, they have created modeled global best practices in every area of governance. If properly implemented, these practices promote transparency and accountability. These powerful countries are mostly led by those who do not engage in self-dealings, so they have nothing to lose by implementing these institutional guardrails of democracy.

Contrastingly, in Nigeria, powerful actors deliberately sabotage the implementation of these global best practices, even when well-meaning international donors/organizations offer to fund, and assist with, the implementation. (It is now common knowledge, for instance, that certain powerful elements in the country are affirmatively opposing the electronic transmission of election results, which would have ensured the forensic integrity of the results; for audit-trail purposes, the method is better the current fraud-prone method.)

Let us look at it from another perspective. If you are looking to create a strong anti-bribery and anti-corruption (ABAC) law, you embrace the elements of the Foreign Corrupt Practices Act; the OECD Anti-Bribery Convention; and the UK’s Bribery Act —the gold standards for ABAC laws. If you want to create a strong law to fight complex crimes and criminal syndicates, you embrace the elements of the Racketeer Influenced and Corrupt Organizations Act (RICO).

RICO has been used to kneecap sophisticated criminal enterprise, particularly the mafia crime families and drug cartels (you can look into it); RICO gives prosecutors a significant power, NOT available at English law or/and its derivatives, to go after every member of a criminal syndicate.

Because developing countries, aspiring to strengthen their nascent democracies, can’t reinvent the wheels, they have to model their ABAC laws after these effective statutes.

I cherish a rule-based system, which is why I am a strong advocate for strengthening our institutions. If we have strong institutions, our rights, liberties, and freedoms will be protected.

Without good laws, or/and diligent public officials who are beyond reproach, we can’t have strong institutions.

Good laws, when faithfully executed and methodically/systematically enforced, promote transparency and accountability: those elements are lacking in Nigeria, explaining why people distrust the government and its actions.

In analysing the factors here, you can see the weaved-in solutions to the problems, too, right?

We have to holistically overhaul our current manipulative (archaic) system: enough of the Gestapo-styled tactics; enough of maladministration; enough of egregious violations of the rule of law; and, of course, enough of squandering our collective resources.

Finally, based on this analysis, it is fair to conclude that the FBI did a fantastic job; and, if Nigeria wants to be respected among the comity of nations, it should fully embrace the recommendations that are in compliant with the global best practices.

Until then, Nigerians will keep clamoring for good governance, strong institutions, transparency, and accountability; and, one day, if we get it right, ordinary people can enjoy the dividends of democracy.