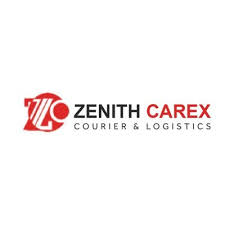 The management of Zenith Carex is currently running from pillar to post to ensure it comes out clean in the investigation launched by the Economic and Financial Crimes Commission (EFCC) into a report of an alleged $3 million fraud.

The Office of the Inspector General had raised the $3million fraud allegation in the latest report issued on March 9.

Global Fund, an international health sector funding mechanism which pools the world’s largest financial donations for the prevention, treatment, and care of AIDS, Tuberculosis, and malaria, blacklisted Zenith Carex in its report.

It accused Zenith Carex of systematically inflating invoices for the distribution of health commodities to warehouses and health facilities throughout Nigeria.

The company committed the alleged fraud between 2017 and 2019, a period of two years, the report had stated.

That the EFCC has begun investigation into the matter was confirmed to journalist by the anti corruption agency.

In a bid to exonerate the firm from the fraud allegations, Zenith Carex denied the allegations in a report by Punch Newspaper on March 11, three days after the OIG’s report was issued.

The firm said EFCC was aware of the development and had invited some of the parties involved. It also called on the federal government to intervene in the matter.

Global Fund is a funding mechanism that pools the world’s largest financial donations for the prevention, treatment, and care of AIDS, Tuberculosis, and malaria.

Given that Nigeria has the highest malaria burden in the world (one in four cases globally), the world’s fourth-largest tuberculosis burden and about two million people living with HIV, funding programmes to stem the tide of these grim indices became a central focus for Global Fund.

Since 2003, the Global Fund has disbursed over $2 billion in Nigeria. But despite that, the country is still dogged by disturbing health statistics partly because corrupt and incompetent officials undercut progress in health management, health experts say.

Zenith, a sub-contractor of Chemonics International, who managed an integrated supply chain for Global Fund Principal Recipients in Nigeria and the United States Agency for International Development (USAID) was blacklisted by the Fund.

The OIG report said Zenith allegedly inflated distribution invoices up to ten-fold and misrepresented the services executed, resulting in a $3 million overcharge.

The revelation builds on previous yearly reports by the OIG accusing Nigerian companies and government agencies of abusing millions of dollars of the Global Fund aid.