3 things persuasive people do differently to get what they want 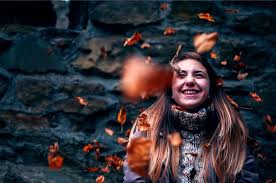 Whether it’s negotiating a salary, interviewing for a job, sharing an idea, or simply asking for a favor, we often assume that our actions, input and requests will be overlooked or rejected.

But research shows that in many cases, those concerns don’t reflect reality. Rather, they are the result of several psychological biases that lead us to underestimate our influence.

Studies have found that people prefer to be cooperative and helpful, not withholding. In fact, saying “no” is hard, which means that when we brace for pushback or rejection, we are often being unnecessarily pessimistic.

How to be more persuasive

I’m not saying it’s possible to always get what you want. But, ultimately, research shows that we are more influential than we think.

As a social psychologist and professor of organizational behavior, I’ve found that the most persuasive people do three things differently than most others — and the good news is that we can all adopt these same strategies to boost our chances of getting people to see us, listen to us and agree to do things for us:

If you’re making a suggestion, you might assume that your boss is dissecting your every word, ready to pounce and take up arms against all of your points.

But, as communication researchers at the University of Texas have found, people simply aren’t listening to or remembering most of what you say in order to wage a counterargument.

Humans are, as psychologists like to put it, “cognitive misers”; we do the bare minimum to be able to navigate the world effectively, and we only think about things carefully if we absolutely need to or are particularly motivated to.

According to “fuzzy-trace theory,” which was developed by Cornell University neuroscientist Valerie Reyna, when we encounter a piece of information, we process it in two ways:

What this means is that your boss is most likely to remember the substance of your suggestion, not how articulately (or inarticulately) you made it in the moment.

When trying to persuade or ask someone for something, we typically think about where to physically start. Should you get on the phone? Shoot off an email? Walk down the hall to get to their office? Send a DM or text message?

On the face of it, email can often seem like the best option. And if we think we’re likely to be rebuffed, it’s far less awkward to be rejected via email than in person.

But email gives the person on the receiving end an easy way out, which is why showing up in person is one of the most effective — and possibly one of the most underutilized — influence tactics we have.

When trying to get people to listen to what we have to say, recent research suggests that we tend to be underconfident.

Sure, underconfidence isn’t always a bad thing. It can make people try harder, double-check their work, do rigorous research, and be open to advice. However, it is an error nonetheless. That means it can lead us to work too hard to be heard and over-rely on other people’s advice.

Have you ever spent forever meticulously crafting, editing and re-editing an email, only to get back a two-word reply 30 seconds later? Chalk that one up to underconfidence. It can be inefficient and self-defeating.

Many psychologists agree that we can all afford to be a little more confident in this domain. So, whatever impression you assume you made on another person, assume it’s much better, and whatever pushback you’re expecting to get, expect it to be much less.