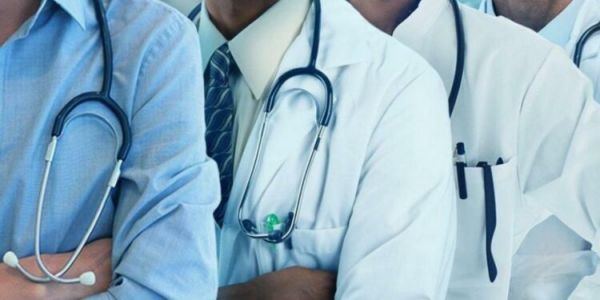 The Medical and Dental Consultants’ Association of Nigeria has revealed that at least 500 consultants in various medical fields had left the service of government hospitals for practice abroad due to better conditions of service.

This was disclosed on Sunday by the association’s President, Dr Victor Makanjuola while fielding questions from journalists shortly after a briefing on the resolution reached at the end of the association’s annual general meeting in Benin.

He blamed the problems in the nation’s health sector on largely unresolved issues by the government, with health care workers leaving the shores of the country in droves for more secure climes with better conditions of service.

“In the last two years, over 500 consultants have left the services of governments’ hospitals for practice abroad. All our government hospitals are consultant-led, which is the global standard practice.

“Now, we lose 500 consultants in just two years and we have found out that those who are more likely to leave are the younger ones,” Makanjuola said.

“The disaster which brain drain will bring will be doubled because we will lose the younger ones and the older ones will retire about the same time, and unfortunately we will find a medical system without consultants. This will affect the standard of health care given by the hospital,” the association’s President said.

He explained that to address the problem, the government should increase the retirement age for consultants in hospitals from the current 60 years to 70 years.

He added that stakeholders could also tap into medical entrepreneurship, an area that has not been tapped, noting that it had the potential to minimize brain drain and encourage brain gain.

The President lamented that efforts by the government had been inadequate in addressing the challenges in the health sector.

He warned that the union could not guarantee industrial harmony in government hospitals if the demands of the workers were not met in two weeks; urging well-meaning Nigerians to intervene to avert an impending crisis.