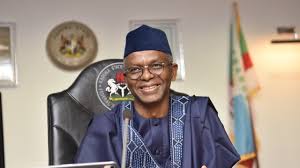 Kaduna State government has revealed that over 888 people have been killed and 2,553 kidnapped in the state between January and September 2021, EaglesPath Online reports.

The government also hinted that 720 people were injured during the period.

Presenting the third quarter security report in Kaduna yesterday, the commissioner for internal security and home affairs, Samuel Aruwan, said 220 bandits were killed while over 12,000 cattle were rustled in nine months.

Giving a further breakdown of the report, Aruwan said, “From July to September 2021, a total of 343 persons died due to banditry, communal clashes, violent attacks and reprisals. Of this, 50 were women, and 22 were children. Southern Kaduna district records 193 deaths in the third quarter, over 56 per cent of the total.

“This number is largely made up of victims of violent attacks and reprisals in Zango Kataf, Kaura and Nauru LGAs. These areas witnessed a series of clashes early in the year, which spiralled into a succession of increasingly deadly communal and inter-ethnic attacks across the three LGAs, 114 people died in Zango Kataf LGA, and 19 in Kaura LGA in the period under review.”