Home Foreign A church in Brazil takes on a new mission, baking bread for...
Foreign

A church in Brazil takes on a new mission, baking bread for the poor as poverty deepens 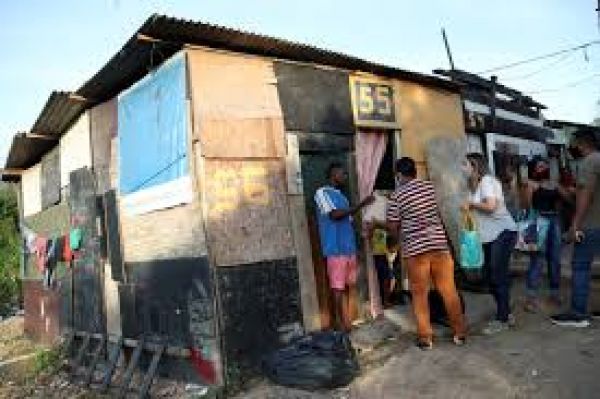 As Brazil battles a pandemic that has taken over half a million lives and thrust millions more further into poverty, a church in the west of Rio de Janeiro has assumed a new mission: to bake thousands of loaves of bread.

Since its creation in April of last year, the Pão de Fátima – or Fátima’s Bread – social action program has donated more than 2 million hunks of freshly baked bread to Brazilians hit hard by the Covid-19 pandemic.

The program is supported by volunteers who take bread, hot food and other basic goods to low-income families, rehabilitation centers, homes for the elderly and the homeless.

Approximately 12.8% of Brazil’s population now lives below the poverty line of 246 reais ($49.35) a month, according to estimates from think tank Getulio Vargas Foundation – the highest rate in a decade.

More than half of the country’s households experienced some degree of food insecurity as unemployment and food prices surged during the pandemic, giving rise to long soup kitchen queues and people begging for grocery money on the streets.

“We are very happy to be able to help, but seeing the hardship and misery on people’s faces is very painful,” said Berthaldo Souza Soares, one of the program’s leaders. “We are talking about the city of Rio de Janeiro – of 5, 10, 15, 20 kilometers of poverty hot spots and people who suffer from hunger.”

The government’s emergency cash payments to the country’s most vulnerable helped alleviate poverty levels in 2020, but have been reduced as slow vaccination efforts and continuing high infection rates curb Brazil’s economic recovery.