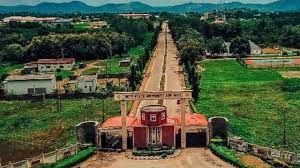 Sunday Oluwasola, an Ekiti robber who the police rescued from a student mob and later died, identified his gang members before dying.

According to him, Oluwasola identified his gang members as Tochukwu, Michael and Tomiwa. He didn’t supply the surnames.

Abutu, however said that efforts are on to arrest his other gang members that fled with valuables such as laptops, phones and cash.

Oluwasola died of complications in the hospital, Abutu said.

He and his gang attacked a students’ hostel opposite Ekiti State University (EKSU) in Iworoko-Ekiti.

But he was captured by the students and beaten to stupor while his other gang members escaped.

He said that the command’s Rapid Response Squad (RRS) had earlier received a distress call that an armed robbery was going in a hostel apartment opposite the Ekiti State University (EKSU) campus in Iworoko-Ekiti.

Abutu said that, though Oluwasola was rescued by the operatives on getting to the scene and rushed to a nearby hospital for medical treatment, he later developed complications and died.

He said that the body of Oluwasola had been deposited in a morgue for post mortem.