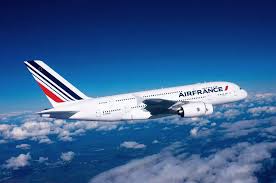 Air France suspended two pilots after a fight broke out in the cockpit during a flight from Geneva to Paris two months ago.

On Sunday, an airline official said the pilot and co-pilot, who remain nameless, had a dispute shortly after takeoff and grabbed each other by their collars after one of them threw a punch.

“The incident was quickly resolved without affecting the conduct or safety of the flight, which continued normally,” an airline spokesperson said in a statement.

“The pilots concerned are currently suspended from flying and are awaiting a managerial decision on the outcome/treatment of the incident. Air France reminds us that the safety of its customers and crew members is its absolute priority,” the statement added.

The cabin crew intervened, and one crew member spent the flight in the cockpit with the pilots, the report said.

It was unclear what led to the fight. Although the incident occurred two months ago, it became public due to a story last week in the French newspaper La Tribune, which alleges significantly larger structural issues with Air France.

France’s air investigation agency, the Bureau of Enquiry and Analysis for Civil Aviation Safety, issued a report on Wednesday saying that some Air France pilots lacked rigour in respecting procedures during safety incidents.

The report concentrated on a fuel leak on an Air France flight from Brazzaville in the Republic of Congo to Paris in December 2020, when pilots rerouted the plane but did not cut power to the engine or land as soon as possible, as leak procedure licences.

The plane landed safely in Chad, but the BEA report warned that the engine could have caught fire.

The report also mentioned three comparable cases between 2017 and 2022, maintaining that some pilots had acted based on their analysis of the situation instead of safety protocols.