Asking to secede is legal, biblical and democratic – Agba Jalingo 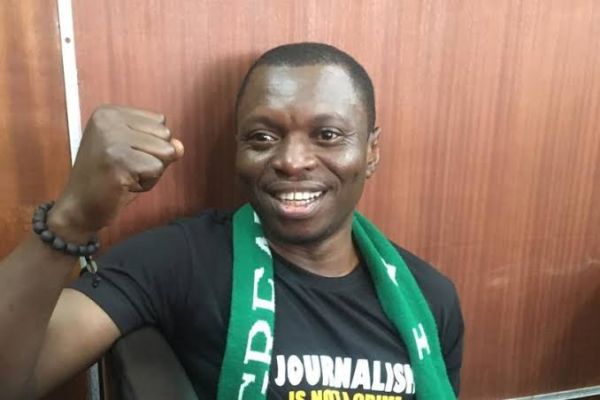 Apart from the presumption of innocence until proven guilty mantra, I have been asking myself what is so heinous or felonious about the agitations of Nigeria’s secessionists. Axiomatically, the root motivator of these agitations is entrenched, systemic and protracted injustice plus the desire for political and economic inclusion. Even in modern times, secessionist grumblings have found their chair on the Democratic round table, including the UN, with dignity and aplomb.

After several decades of painstaking consultations, debates and research, the United Nations General Assembly in September 2007, comprehensively defined and declared the “Rights Of Indigenous Peoples.” This basket of rights is premised on the acceptance by the UN, of the equality of men irrespective of race, religion, color, nationality or creed for which reason it rejects all doctrines, policies and practices based on or advocating superiority of people on the basis of national origin as these were patently responsible for almost all large scale violent human conflict raging all over the continents, particularly Africa, as well as the 1st and 2nd World Wars.

Central to this cocktail of rights is the right to self determination on which basis the Declaration recognizes peoples’ right to be different, to consider themselves different and to be respected as such. These rights are transcendental as they cover political, economic, cultural, traditional, religious and other spheres. The choice is entirely in the hands of the people as to their preferences, while States are enjoined to respect and infact promote the enjoyment of the rights. It is upon this declaration that many nations have emerged and are still emerging including Brexit, Calixit, Catalonia etc.

If you also believe the Holy Bible as an authority, in 1Kings Chapter 12, the Bible explains how eleven tribes of Israel repeatedly went to King Rehoboam to lessen the burden of taxes that his father Solomon, imposed on them. The King kept setting up committees until he finally declined to hearken to their request. In verse 16 of the same chapter, eleven aggrieved tribes of Israel, feeling marginalized by the tribe of Judah, decided to dissociate from King Solomon’s bureaucratic units and secede from the Davidic kingdom.

Tribe indeed, is more than the people that inhabit it. The tribe creates an identity for itself based on its traditions, heroes, accomplishments, territoriality, and symbolism. These individual attributes are a source of pride that hold households and clans of the tribe together and mark them as unique among the other tribes and there is no political ill feeling, no government backlash, no grand conspiracy, no quantum of violence and the likes, that can wish this congenital conviction away.

Having said that, it is also trite to remind the reader that there is no where in the world that secessionist agitations did not commence with violence of some sort. From continental Europe, to Asia to the Americas. Check your history books. Having realized the futility of violent attempts by majority tribes and governments, to quell this ever growing consciousness, a table of discussion has become the safest and most cost effective method of resolving such impasse.

That table is what this incompetent government is incapable of knocking together, rather exposing our country to intractable brigandage from nearly all flanks. Most Nigerians who should know, realise that Buhari and his government are the biggest problem of Nigeria today and not those who are shouting and asking for inclusion. There is nothing anyone will do to the agitators really. They will only hold them for a period and they will be released.

But in a nutshell, I wish the secessionist agitators were the problem of Nigeria as they want us to believe, now that they are behind the scenes, shebi Nigeria for don move forward?