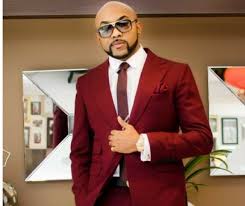 R&B artiste, Banky W has not retired from making music yet. This he wants music lovers and fans to know. In fact, the E.M.E boss is set with his new album titled “The Bank Statements”, years after he took some time off, EaglesPath Online reports.

Though the music star had released three albums and an EP before his last body of work titled R&BW (2013), which was considered a cult classic. His prior albums include Back in the Building (2006), Mr. Capable (2008), The W Experience (2009), and Undeniable (2003) EP. Within his time off, he dropped a good number of singles like Jasi, Jaiye Orimi, All I want Is You, and Made for You, which video featured his then lover turned wife, Adesuwa Etomi.

Speaking about the forthcoming ‘Bank Statements’ during a conversation on the YouTube channel of pastor and certified relationship coach, Kingsley Okonkwo, the singer revealed he had finished recording the album which is about love, relationship, about God, about country, about life: “I’ve taken some years off.

I heard somebody once said that artistes never retire; they just stop when they no longer have any stories to tell. And I’ve just lived a lot of lives in the last few years that I have been quiet in the music scene. I have a lot of stories to tell, about love, relationship, about God, about country, about life. I have recorded what I feel life about; it’s called ‘The Bank Statements’.

“The ninth song of the album is for our son because pregnancy takes nine months and it’s called ‘Champ Song’. It’s a very intentional, thoughtful, creative and powerful album. It’s actually my favourite record because now I can sing about love from a place of currently experiencing it.”

“E.M.E. stopped the record label business in 2017. We actually pivoted into a media and marketing agency. We work with corporates, influencers and advertisers. What people don’t know is that we are worth so much more as an agency than we ever were as a record label, even at the height of our success,” he said.