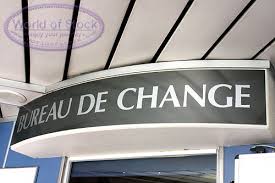 Bureau De Change operators got the United States dollar from the Central Bank of Nigeria at N393 but sold it for N494 on Friday, an investigation by our correspondent has revealed.

Sources from some commercial banks told our correspondent that the banks were asked to fund the BDCs at the rate of N393/$ as of Friday.

A bank official, who spoke with our correspondent on condition of anonymity, said, “We are still giving them $10,000 per BDC twice in a week. As at today, we are giving them at the rate of N393/$.

Meanwhile, the naira slumped further on Friday to 494.7/$ at the parallel market from 490/$ as of Thursday evening.

Data obtained from the website of CBN’s official rates for the BDCs, naijabdcs.com, showed that the naira was bought and sold at 493 and 494.7 per dollar on Friday at the BDCs.

It confirmed this new official rate on its website on Monday night, days after it had removed the N379/$ rate.

A former Director-General, Chartered Insurance Institute of Nigeria, Richard Borokini, said what CBN was trying to do was to close the gap between the black market and official rates.

He said, “Maybe because of the activities of some of the people in the financial sector, the bankers themselves and the owners of the BDCs, you cannot get naira at that N410/$ in the black market or in the secondary market; it will be more than that.

“It will not work because of the activities of those that are hoarding the dollars. The way it will work is if they scrap all those BDCs, and if anybody has needs for dollars, let him apply to the banks and the banks will give them at that price.

“As long as BDCs are still operating, those rates cannot become real. The only way is just let everybody go to the banks and apply if they need dollar.”

Director-General, Lagos Chamber of Commerce and Industry, Muda Yusuf, said the official rate was not a functional rate.

“Those who are doing business, none of them is getting it at that rate. The NAFEX rate that they have adopted now is about N410.25. Even that is still far from the open market rate or the parallel market rate which is almost N500/$,” he said.

CBN had yielded to the clamour to move towards convergence of the exchange rates which was a welcome development, he said.

In April 2017, CBN established the I&E forex window as part of efforts to deepen the foreign exchange market and accommodate all forex obligations.

The purpose of the window was to boost liquidity in the forex market and ensure timely execution and settlement for eligible transactions.