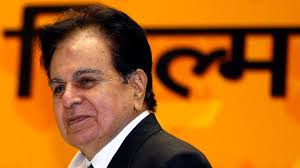 Legendary Bollywood actor Dilip Kumar who was one of the earliest and famous Indian actors has died.

He died aged 98 on Wednesday in Mumbai.

“With a heavy heart and profound grief, I announce the passing away of our beloved Dilip saab,” Faisal Farooqui, a family friend, posted on Kumar’s official Twitter.

The actor was admitted to the intensive care unit of a hospital on 30th June after he complained of breathlessness.

He had been ill for months.

Kumar is survived by his wife, Saira Banu, a popular leading lady in Bollywood in the 1960s and 1970s.

After reports of his death, politicians and actors have begun mourning the late actor.

Prime Minister of Pakistan Imran Khan said that for his generation Kumar was the “greatest and most versatile actor”.

“I can never forget his generosity in giving his time to help raise funds for Shaukat Khanum Memorial Trust Hospital when the project was launched,” he said.

Indian Prime Minister Narendra Modi who also mourned the actor said that Kumar will be remembered as a “cinematic legend”.

Bollywood stars such as Shah Rukh Khan, Dharmendra, Vidya Balan, Anil Kapoor and others also flocked to his home in Mumbai to pay their final respects.