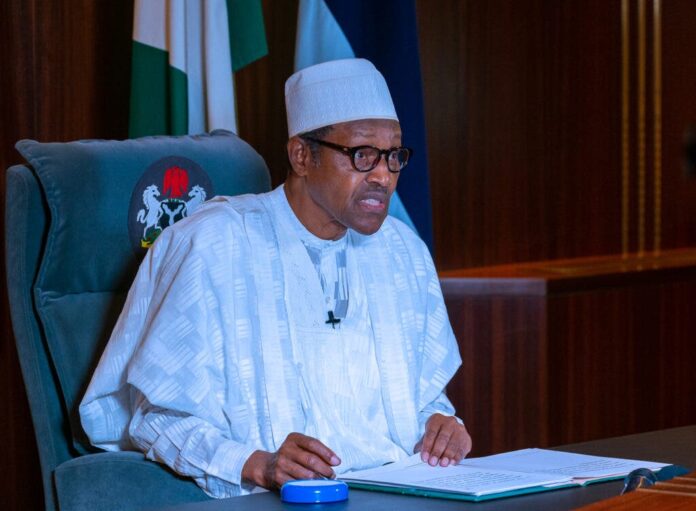 President Muhammadu Buhari wants nothing but to see that peace and unity reign in all parts of the country, the Special Adviser to the President on Media and Publicity, Femi Adesina, has said.

He said this Friday while receiving some Nollywood actors, members of the National Council for Women Society (NCWS), and representatives of National Associations of Nigerian Students (NANS), as well as other stakeholders under the auspices of Ambassadors of Voice for Change in his office at the State House, Abuja

Adesina said: “Mr. President is actuated by nothing else than peace and unity of the country, many times he has said that those of them that fought for the unity of Nigeria will not sit down with their eyes open and see the country dismembered in their presence.

“What Mr. President wants is peace, unity and whatever it takes for Nigeria to have peace, she will have it. I remembered I did a piece recently where I said for Nigeria, it is ‘Peace Dole’ (Peace by Force).”

“The idea of this movement, Ambassadors of Voice for Change, is very good. I am sure it is God that inspired it.

In a statement by Deputy Director (Information), Abiodun Oladunjoye, the Presidential Spokesman added that “it is in our collective interest that Nigeria survives. Our collective interest is that our unity in diversity is maintained, so that we remain together in peace and unity, and there is strength in unity.”

He thanked the Voice for Change Ambassadors executives for the timely initiative, and assured them that because this is an initiative for peace and unity, his office will lend itself to project it.

The spokesperson of the group, Zack Orji expressed its readiness to collaborate with the security agencies and Nigerians to ensure that there is peace and unity in the country.

“There is no way government is going to work alone without the cooperation of the people, this movement will cover the 36 states of the federation, our aim is to engage road shows, town hall meetings, rallies and all kinds of meetings to sensitize people so they can be on the same band wagons as ourselves.”

The group commended the administration of President Buhari on its effort to restore peace and unity in the country and assured him of their continued support.

Ambassadors of Voice for Change is an organization made up of actors, musicians, comedians, producers, directors, and film makers, with representations from National Council for Women Society, National Associations of Nigerian Students, and market women across the country.