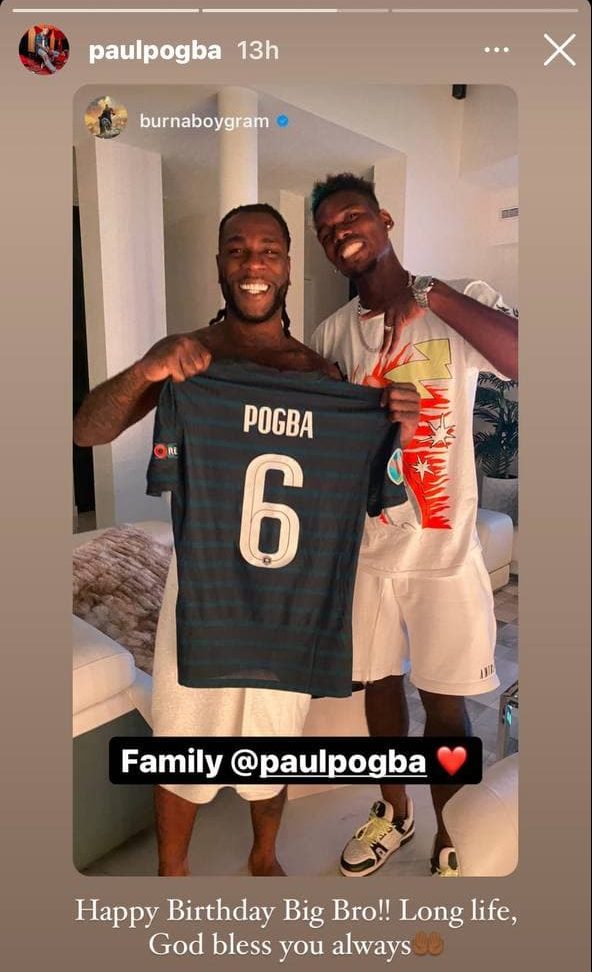 The French star posted a picture of his and the Grammy award-winning musician on Instagram as he wished the artist a happy birthday.

Burna Boy clocked 30-years on Friday as his fans organized a surprise birthday party for him in the U.S.

In a viral video, the singer fondly called Odogwu was seen stunned and elated when walking into a beautifully decorated space with people singing “Happy birthday” song.

Ahead of his 30th birthday, Burna Boy spoke about how he would love to be like his father in terms of character.

He also invited all who can make it down to Miami on July 2nd to 5th to party with him.

For Pogba, holiday began for him after after France exited the Euro 2020 after a surprise loss to Switzerland in a penalty shootout.

Pogba moved to the United States to cool off ahead of pre-season training.

He shared a picture of himself, linking up with his former Juventus teammate, Dybala also in the U.S.

MultiChoice Nigeria, organisers of the BBNaija reality show, have announced the return of the ‘Fave Lock-In’ competition. The...
Read more
Brands and Marketing