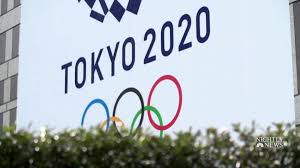 DStv and GOtv viewers can look forward to the world’s biggest and most diverse celebration of sport, the Summer Olympic Games, which will run from Friday, 23 July to Sunday, 8 August 2021 in Tokyo, Japan.

This will give viewers on all DStv packages; Premium, Compact Plus, Compact, Confam and Yanga as well as the GOtv Max and Jolli packages the chance to witness action from the Summer Olympic Games in Tokyo, which is set to be the biggest sporting event of 2021.

Olympic themed content will also be available on Catch-Up, while a focus on African athletes which will light up the games has already begun, with documentaries on Kenyan long-distance running star Eliud Kipchoge (who is favourite to defend his Gold Medal in the Men’s Marathon), as well as Zambia’s Copper Queens, who upset the odds to qualify for the Women’s Football competition.

Whether you are hoping to see South Africa’s Akani Simbine challenge for honours in the Men’s 100m, Kenyan Hellen Obiri blitz the field in the Women’s 5000m, Nigeria’s Men’s and Women’s Basketball teams, Ghanaian boxer Sulemanu Tetteh, Egypt’s Mandy Mohamed in the Women’s All-Around Artistic Gymnastics or any other star from our continent and their journey through Tokyo 2020, SuperSport is your home for all the action.

Viewers on DStv and GOtv can see all their favourite Olympic Games stars at Tokyo 2020, with thousands of world class athletes from around the world, including our great continent, set to entertain for over two weeks of incredible action from the Games of the XXXII Olympiad.

Share
Facebook
Twitter
Pinterest
WhatsApp
Previous articleTokyo Olympics: All athletes will get their rewards even before the end of the games – Sunday Dare
Next articleRite Foods Celebrates with Muslim Faithful on Eid el-Kabir, Urges Virtues of Uprightness and Peaceful Co-existence