Home Sports Tokyo Olympics: All athletes will get their rewards even before the end...
Sports

Tokyo Olympics: All athletes will get their rewards even before the end of the games – Sunday Dare 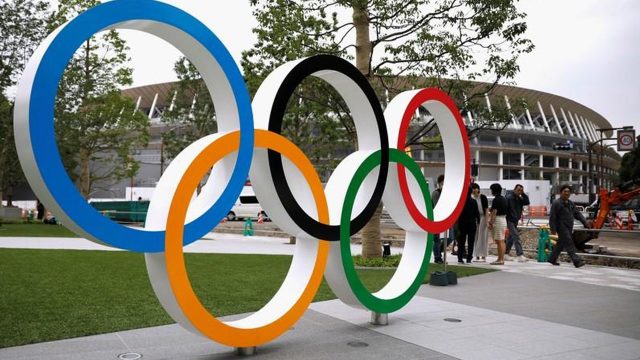 It is five days to the opening ceremony of the long-awaited Tokyo 2020 Olympic Games and everything seems to be going well for Team Nigeria. The team is expected to move into the Games Village today after weeks spent in their secluded Kisarazu camp, where they put finishing touches to their preparations for action.

Tokyo 2020 has been described as the likely turning point for Nigerian sports after 16 years of failure in the Olympic Games. With some of the best athletes in various events in Nigeria’s team, followers of world sports say this is the right time for Africa’s biggest nation to return to the podium.

Nigeria returned without a medal at the 2012 Olympics held in London, while five years ago, the bronze medal won by the football team was the country’s lone medal at the Rio Olympics in 2016.

Nigeria’s camp sources say all the athletes are fit and well-honed for action, with none nursing any injury.

As was the case at the Russia 2018 World Cup where the Super Eagles were the best-dressed team in the competition, in these games, Team Nigeria will stand out as among the best-suited contingent in Japan.

Speaking on Team Nigeria’s preparations for the games on Saturday, Sports Minister, Sunday Dare, revealed that the Federal Government didn’t spare any dime in ensuring the country is well represented in Japan.

According to the minister, aside from a member of the contingent, a 60-year-old official, “who showed symptoms of COVID-19 and has been isolated, every other member of our team is in top shape.

“We have distributed the full kits to the federations, who have in turn shared them among the athletes. Every pack has 12 different wears for different occasions and the athletes have enough of the bags to serve them even beyond Tokyo.

“We believe the team to the Tokyo Games is capable of surpassing the six medals feat which included two gold medals achieved at the 1996 Olympics in Atlanta, U.S.

Our athletes have been ranked in the top three in their respective events and will be competing against the same athletes they have been competing against in the last four, five years. We believe this can be our time. We have the support of His excellency, the President of Nigeria, Muhammadu Buhari, as well as that of millions of Nigeria.’

Dare also revealed that the basketball teams are raring to go, adding that Nigeria is ready to prove that recent victories in international friendly matches were no fluke.

“Our women basketball team, D’Tigress, have been putting finishing touches to their campaign plans.

“All the players are in good shape and ready to roll. We will soon learn whether one of the Ogwumike sisters, Nneka, and another U.S.-based player, Elizabeth Williams, can get their wish to represent Nigeria.

The basketballers filed appeals at the Court of Arbitration for Sport (CAS) after the International Basketball Federation (FIBA) said they were ineligible to represent Nigeria at Tokyo 2020.

FIBA ruled Ogwumike, a former Women’s National Basketball Association (WNBA) Most Valuable Player (MVP), and Williams had played for the Unites States (U.S) for too long to switch allegiance.

Players are not typically allowed to change their national team after they turn 17. The two players, who have Nigerian passports, are facing a race against time to be cleared to play for Nigeria at the delayed Olympic Games.
They were expected to know their fate yesterday.

But that notwithstanding, Dare said the teams are set to rewrite world basketball history.

“The men have been working hard off and on the court with no distractions. They beat the two of the top-rated teams, U.S and Argentina, in international friendlies a few days ago and lost to Australia.

“We are not bothered about the defeat by Australia because the coach used the game to test some of the players that are not in the main team. The boys are in high spirit.”

Dare revealed that all the athletes are being well catered, adding that they will get their rewards even before the end of the games.

“The adopt-an-athlete initiative has made it possible for the athletes to get their rewards for serving Nigeria immediately. The corporate organisations that adopted these athletes have put up a reward system that will take care of our ambassadors before and after their events.

“We know how important the welfare of these special class of Nigerians are and have, therefore, ensured that they are relaxed and in the right frame of mind to excel in Tokyo.”