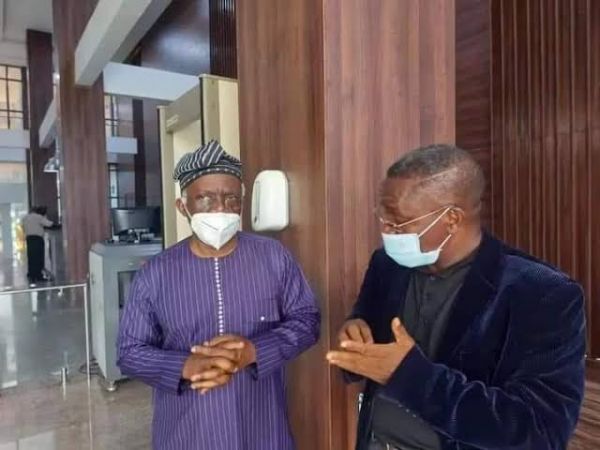 Kunle Olawunmi, the retired commodore, who was invited by Defence Intelligence Agency (DIA) over anti-Buhari interview on Channels Television, Tuesday, honoured the invitation in the company of his lawyer, Femi Falana.

DIA had invited Olawunmi on Saturday over his views which it considered inflammatory on the breakfast show.

It was uncertain if the ex-naval officer was detained or allowed to go as at the time of filing this report.

Director, Defence Information, Benjamin Sawyerr, a major general, did not take his calls or reply WhatsApp message sent to his phone.

Olawunmi had described as an “aberration” the attack on the foremost military university, Nigerian Defence Academy (NDA) where two military officers were killed and another kidnapped by bandits.

“It is an aberration; you don’t attack the Nigerian Defence Academy and get away with it,” Olawunmi lamented during the interview, adding that NDA, like other military environments in the country, carelessly opens its doors to everyone on Friday for Jumat prayer, thereby giving terrorists the opportunity to profile the institution.

Share
Facebook
Twitter
Pinterest
WhatsApp
Previous articleNigerians studying in Europe fear coming back home after completing their studies. Here’s what some of them do to remain abroad
Next article3 things you should never outsource