Chidinma Pleads Not Guilty To Murder Of Late Usifo Ataga 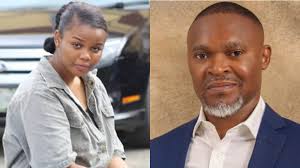 EaglesPath Online reports that Chidinma Ojukwu, a 300-level Mass Communication student of the University of Lagos, has pleaded not guilty to the murder of Super TV CEO, Usifo Ataga.

The 22-year-old did so on Tuesday when she and one Adedapo Quadri, who are the key suspects in the murder case were arraigned before Justice Yetunde Adesanya of the Lagos State High Court sitting at the Tafawa Balewa Square.

Both suspects pleaded not guilty to eight counts bordering on the offences of murder, forgery and stealing.

They were also arraigned alongside Chidinma’s sister, Egbuchu Chioma from whom the late Ataga’s iPhone 7, was said to have been recovered.

Chioma, however, pleaded not guilty to the 9th count of being in possession of the stolen property.

They are being prosecuted by the Lagos State Department of Public Prosecution, Mrs Olayinka Adeyemi.

The Economic and Financial Crimes Commission (EFCC) has arraigned an Owo prince in the Federal High Court in Ibadan over a N35.5...
Read more
Crimes

In a bid to beat the security strategies in place in Katsina State, the Nigerian customs has revealed how smugglers planned to...
Read more