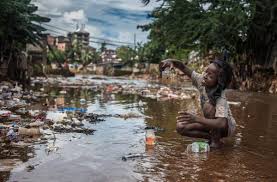 At least, 30 people have been confirmed dead and many others hospitalised from cholera in Zamfara state.

Multiple sources at the state Ministry of Health told PREMIUM TIMES that the state and its health agencies have been battling to contain the outbreak.

An official of the ministry said those affected have reached 2,600 with Bakura, Bungudu, Tsafe, Gusau, Zurmi, Kaura Namoda and Birnin Magaji local government areas of the state worst hit.

A project coordinator assistant for Medicines Sans Fronteres in the state also confirmed the outbreak.

“MSF Spain is already on ground. We have opened a CTU at General Hospital Zurmi. All cholera cases have been asked to be referred to the centers,” the source said, declining not to be named for lack of authority to make media statements.

“Our major headache in this issue is Bakura local government area because the area is not covered by MSF.”

When contacted, Habib Yelwa, the permanent secretary of the state Ministry of Health, said he could not give this reporter official figures.

“You cannot just call me to seek for such figures. You need to make your request official for me to connect you with the right persons to give you the official figure of those affected,” Yelwa said.

When reminded that he is the head of the ministry since it does not have a commissioner yet, Yelwa insisted on an official request before commenting.

The state epidemiologist, Yusuf Haske, could not be reached for comment.

With the outbreak, Zamfara State has joined neighbouring Sokoto where 23 people were confirmed dead on Tuesday following an outbreak of the disease.

ABUAD Teaching Hospital’s Edge Over Others In Nigeria

In this exclusive interview with a team of reporters, Dr. Akinola Akinmade, Deputy Chief Medical Director of the...
Read more
Health

3 Reasons Why All Men Should Make Banana Their Best Fruit

Banana is the kind of fruit that everyone enjoys eating. It is packed with all the necessary nutrients which the body needs...
Read more
Health

This small shift in your thinking makes all the difference

When nothing seems to be going right, and you're increasingly frustrated at work, focus on what matters most. This small shift in...
Read more