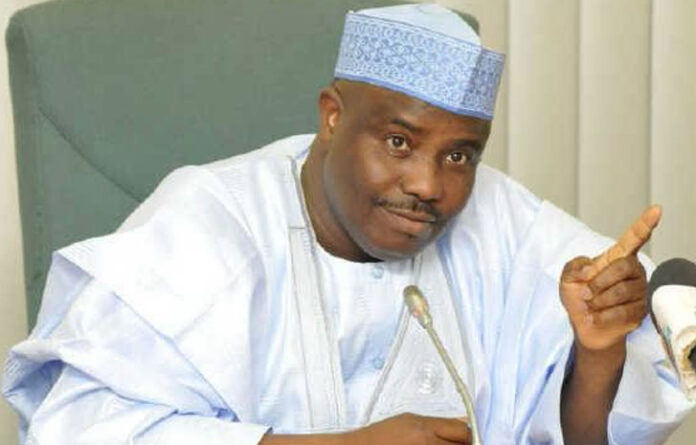 The Chairman of the People’s Democratic Party (PDP) Governor’s Forum and Governor of Sokoto State, Aminu Tambuwal has challenged the All Progressive Congress (APC) Governors in Nigeria to freely consult their PDP counterparts on how best to develop their states.

Governor Tambuwal stated this in Uyo on Sunday at the reception of two new 160 seaters A220, 300 series Airbuses recently acquired by the Akwa Ibom State Government to boost the Ibom Air fleet.

The party Chairman who was in the state a week ago to Commission projects applauded Governor Udom Emmanuel’s versatility which he said has seen to the simultaneous development of all key sectors of the state’s economy.

He said, “You are touching all facets of life of Akwa Ibom people; In infrastructural development you are there, in human capital development, in education, in industrialization and now in aviation development. You have raised the bar, proving to Nigerians that this can be done”.

While congratulating Governor Udom Emmanuel for daring to explore even into areas in the exclusive list, Tambuwal declared that only PDP Governors were actually performing in the country.

He added, “Since APC Government came in at the centre, they have been talking about National Carrier and up till now we have not seen even a Local Carrier, I want to ask the APC Government not to be ashamed, but to come down to Akwa Ibom and ask Governor Emmanuel how he is able to do it, I’m sure he will not object because he is a Patriotic Nigerian and would advise them on how they can also make things work”.

Receiving the Airbuses which brought to seven the number of aircrafts in the fleet of Ibom Airlines, Governor Udom Emmanuel declared that they were the latest and smartest and just a little above 150 of its kind manufactured and circulated as at April 30th 2021.