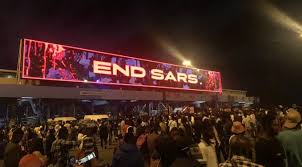 There are memorable days in the life of a nation, some are days to reckon heroes, some to remember occurrences, just like the United States of America will never forget the 9/11 a day where Americans were killed on their own soil by terrorist.

The Nigeria version becomes more agonizing owing to the fact it was not a civil war, it was a case of unharmed, helpless and defenseless protesters demanding for an end to the menace of police brutality being shot at a protest ground, without provocation or justification, while they were waving the Nigerian flag and singing the national anthem and the manner of assault and killing could in context be described as a massacre

In a swift reaction Governor Babajide Sanwo-Olu in a statement issued by Commissioner for Information and Strategy, Gbenga Omotoso, immediately after the shooting had said “The Governor will do everything within his power to ensure that the lives of all Lagosians are protected at all times “

The EndSars Panel which was set up as a response to one of the demands of youth during the #EndSARS protests, which is investigating cases of police brutality and providing restitution to the victims had submitted their reports.

According to the report by the inquiry panel, soldiers intentionally shot at protesters on 20 October at the Lekki toll gate in Lagos.

It also found that after the army retreated, police officers continued the violence and tried to clean up the scene, taking bodies away on trucks and removing bullets.

Some of the findings match previous reports by Amnesty International, as well as local and international media.

Olaniyi said while restoring order, soldiers did not shoot protesters, describing reports on the attack of the protesters by the military as fake.

Taiwo, however, said the military was not happy that the governor denied inviting soldiers to restore peace and order in the state.

The question unanswered remains who exactly ordered the mass shooting?