Euro 2020 Tournament Kicks Off This Weekend On DStv And GOtv 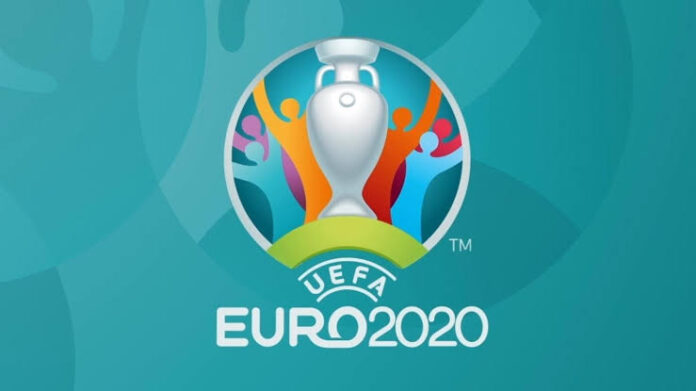 DStv and GOtv customers can look forward to major international football as UEFA Euro 2020 kicks off later this week. The European continental tournament will run from 11 June to 11 July 2021.

The group A fixtures sees the clash between Turkey and Italy on Friday 11 June at 8pm. Italy will be the team to watch in Group A and Turkey will be their main threat, with the Eurasian team’s brilliant veteran, Burak Yilmaz, who recently fired Lille to a surprise Ligue 1 triumph.

Wales and Switzerland are not to be underestimated either, as they are scheduled to meet on Saturday 12 June at 2pm. The Dragons famously got to the semi-finals of the last European Championship, while the Swiss are an efficient and experienced outfit that will win no style points but will be extremely tough to beat.

Belgium and their ‘Golden Generation’ of players will be the centre of attention in Group B, but there are concerns for the Red Devils as Kevin De Bruyne is suffering a facial injury and Eden Hazard has hardly played for Real Madrid this past season. Belgium is scheduled to face Russia on Saturday 12 June at 8pm. Denmark is a capable if somewhat limited team, while Finland are the fairytale story of the group. Their match is scheduled earlier on Saturday at 5pm.

The Netherlands are the ‘big dogs’ of Group C, and they will be facing Ukraine on Sunday 13 June at 8pm. Earlier in the evening, Austria will meet with North Macedonia at 5pm. This will be North Macedonia’s first major international tournament. Austria and Ukraine are set to battle for the group’s runner-up spot.

Group D features the tournament’s favourite, England, who will face Croatia on Sunday 13 June at 2pm. England will play all of their matches at Wembley Stadium in London and look to take full advantage of a squad which includes the likes of Harry Kane, Phil Foden, Jadon Sancho and Marcus Rashford. World Cup runner-up, Croatia, will represent the Three Lions’ biggest threat.

Plucky Scotland are returning to tournament football for the first time since the 1998 World Cup, while the Czech Republic will hope that West Ham United’s, Tomas Soucek, can bring the great form he showed in the Premier League to the Euros. Scotland versus Czech Republic will air live on Monday 14 June at 2pm.

Group E’s powerhouse team is three-time Euro champions, Spain. On Monday 14 June, Spain will clash with Sweden at 8pm, while Poland versus Slovakia will air at 5pm. Poland boasts to have the world’s best number 9 in Robert Lewandowski. The Bayern Munich striker broke the Bundesliga’s record for the most goals in a season in 2020-21, hitting an unbelievable 41 goals in the league. Slovakia are the dark horses in the group and looking to make an even bigger impression compared to 2016 when they reached the knockout phase on their Euros debut.

Every tournament needs a ‘group of death’ and the group F is definitely it, with three heavyweights in the shape of Portugal (reigning Euro champions), France (reigning World Cup champions) and Germany (three-time Euro champions). It’s fair to say that Hungary will have their work cut out to try and reach the knockout phase for the second successive time. On Tuesday 15 June, Hungary will face Portugal at 5pm, while later in the night, France will face Germany at 8pm.

Viewers on DStv and GOtv can see all their favourite European stars vying for UEFA Euro 2020 glory in June and July 2021.

Visit www.dstvafrica.com and www.gotvafrica.com to subscribe or upgrade your DStv and GOtv package for the full Euro 2020 experience. With the DStv Explora, you can pause, rewind or record the exciting moments of the matches. And while you’re on the move, stream matches on the DStv App which is free for download on the Apple and Google Play store and can be used on up to 5 devices.

Arguably, the pandemic erased doubts that TV culture is dying. If anything, it showed that TV is not going anywhere. Its mode...
Read more
Sports