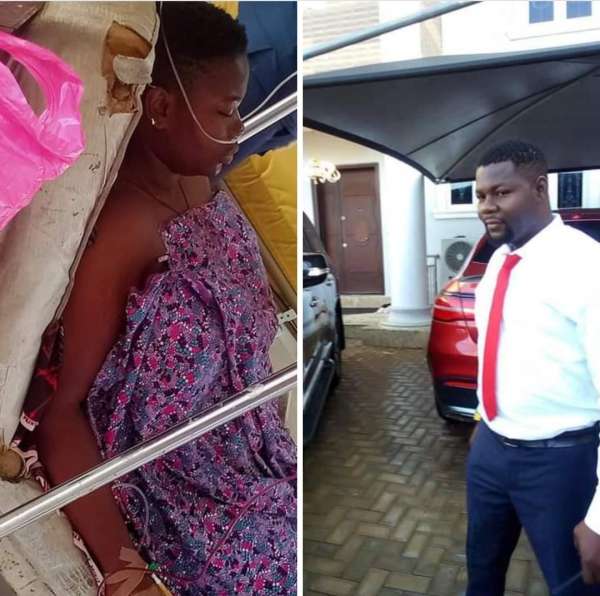 The lady, who was allegedly shot in the chest at Ozoro on Thursday, reportedly refused marriage with Bishop after discovering that he was already married with a kid.
The former SARS official was said to have been attached to Ozoro Area Command of the Delta Command of the Nigeria Police in Delta State.
A member of the Delta State Human Rights Protection Committee, Israel Joe, told journalists on Friday in Warri that the relationship had lasted for about five years before the police officer was discovered to be married.

“Yesterday the 28th of October, 2021, he shot his girlfriend (Emezana Purity) who refused to marry him after she discovered he was already married with a kid which he didn’t tell her throughout the five years of their relationship.

“He had told the family of Purity to refund the monies he had spent on her, but they begged him to give them some time till Tuesday next week.

“He calculated and pegged the money at N1.5million which they agreed to pay.
“He could no longer have patience after they begged him three days ago but to spit a vicious venom by coming straight to the girl’s house yesterday with a Serviced Pistol and shot straight into her chest,” Mr Israel, who’s the Secretary Committee for the Defence of Human Rights (CDHR), Delta State, narrated.

According to him, the culprit is on the run while doctors are said to be battling to save Purity’s life in a hospital in Warri.

“James is right now on the run as Purity grapples for life at an undisclosed hospital in Warri where she already gulped two weight of oxygen.

“My team and I have forwarded the entire medical report and the present state of things to the Delta State Commissioner of Police who himself is a member of the Delta State Human Rights Protection Committee for prompt arrest, actions and prosecution of James Eno.

“The era of right abuses in the state is gradually coming to an end as no one is bigger than the law,” the rights activist noted.

Meanwhile, when our correspondent contacted the Police Public Relations Officer (PPRO), Bright Edafe, a Deputy Superintendent of Police (DSP), he did not respond to calls nor text message sent to his mobile device.