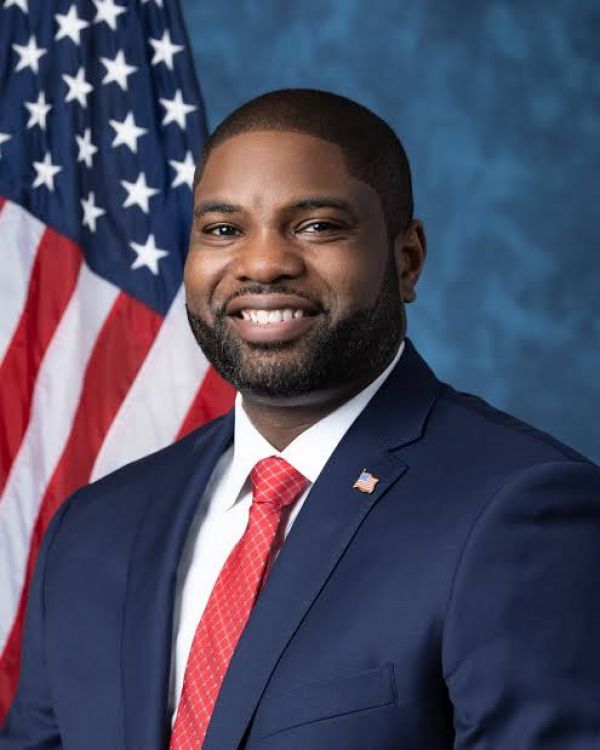 The United States has, since its founding, been a beacon for free and fair trade throughout the entire world. From rejecting taxes and restrictions on trade during our colonial period under the rule of the British Crown to the power of the U.S. Navy upholding international trading routes post-World War II, our trade practices have established the long and robust groundwork so that Americans have access to goods and markets in all corners of the earth.

Yet this pioneering spirit of economic liberalization has not extended fully to our engagement with Africa, a continent with which our nation has a deep and historical connection. The first country to recognize the United States as an independent nation from Britain was the North African country of Morocco –– and while thousands of miles may separate our two continents, many Americans can trace their faith and heritage back to the majestic grounds of Northern and Eastern Africa.

Our two histories also acknowledge the troubling and inhumane practice of slavery. The Great Sin of slavery spread throughout the world and left behind the indelible roots of African culture, traditions, innovation, and history that have inspired and shaped the world and our country. Despite our oft-communal history with the African continent, policymakers in Washington hardly understand its peoples, cultures, and governments. Not surprisingly, this may be why we have yet to fully appreciate the growing economic and political powerhouse Africa has become.

Let me throw out just a few noteworthy pieces of information: Africa represents almost one-fifth of the world’s population, roughly quadruple the size of the U.S., which shows the continent’s enormous potential as a market for goods and services. That population of 1.3 billion, according to some estimates, may contain the fastest-growing middle class on the planet. Furthermore, at the United Nations General Assembly, African countries amount to more than one-quarter of the world’s votes; and African economies remain the fastest growing globally, even compared to the Asian Tigers.

It is past time we see the countries and people of Africa as an economic and political force with which to be reckoned and adjust our foreign and trade policies as such.

Trade with a market as large as sub-Saharan Africa means that U.S. exporters can benefit from selling our products to a rapidly growing and wealthier import market, and U.S. consumers and businesses would have available to them goods and services to compete with imports from China. This lowers the cost of imports relative to each other, which means American workers and families can put more on the dinner table for less, while diversifying what we import so that we are less reliant on Chinese imports. As African nations increase their own economic integration through regional agreements and the African Continental Free Trade Area, the opportunity for the United States to enhance trade with the entire continent becomes all the more valuable. In the age of Bidenomics and surging inflation fueling skyrocketing prices at the grocery store and gas pump, a new trade agenda which gives American workers and families more buying power, more choices, and greater security is a necessary antidote to the effects of Washington’s out-of-control spending.

Not only would U.S. consumers and businesses fare better with enhanced trade with Africa, but Africans will see their economies thrive and flourish as well. This is because enhanced trade and investment with the United States will permit African governments to disengage from the Chinese Communist Party’s (CCP) diplomatic coercion which seeks to leverage economic relationships for political and military power. As a result of China’s diplomatic and economic aggression, African governments are in billions of dollars of debt that they may never be able to pay off financially and there are now more than 45 African seaports which China has constructed. China’s initiatives are not about trade liberalization for the purpose of Chinese and African prosperity; no, China’s investments in African are blatantly self-serving. President Xi Jinping believes China will become the dominant global economy in the 21st Century and as a result, China will set the agenda for the rules-based world order that the U.S. helped shape in the aftermath of World War II. It doesn’t take a genius to figure out the implications of having an authoritarian government at the helm of the global economic order.

America provides a better path forward for the people and governments of Africa. But we must be proactive in offering them an alternative.

To this end, we encourage President Biden to seek to build better trade relationships with African countries, especially those which are in sub-Saharan Africa and are current beneficiaries of our nation’s most generous trade preference program: the African Growth and Opportunity Act (AGOA). AGOA expires in just four years and requires U.S. trade negotiators to pursue reciprocal trade agreements, giving the White House added legal incentive to move things along.

Furthermore, enhanced trade with certain sub-Saharan African countries would accomplish President Biden’s goal of sourcing more critical minerals, such as manganese and cobalt, from places not named “China.” Africa is essentially the only other continent that can compete with Asia in terms of rare earth mineral output. Looking to Africa not only makes economic sense — it’s a clear national security win as well.

For starters, President Biden should make every effort to conclude what President Trumpstarted when launching the U.S.-Kenya Free Trade Agreement negotiations and use that construct as a blueprint to seek free trade agreements with more of sub-Saharan Africa.

As the Biden administration continues to struggle to achieve its domestic agenda, it is ever more apparent that the executive branch must work in tandem with the legislative branch to ensure bipartisan public support for its broader economic agenda. To this end, I implore the president to work with Congress to achieve bold, inclusive, and dynamic trade agreements that greatly benefit the U.S. workforce and economy.

A free trade agreement with any partner in sub-Saharan Africa would be a hallmark achievement of a White House which seeks to effectively counter malign Chinese influence and put American workers ahead in the world. It’s time for a pivot to Africa to advance U.S. leadership and global prosperity.

Donalds represents the 19th District of Florida and is a member of the Oversight and Reform Committee, Budget Committee and Small Business Committee.