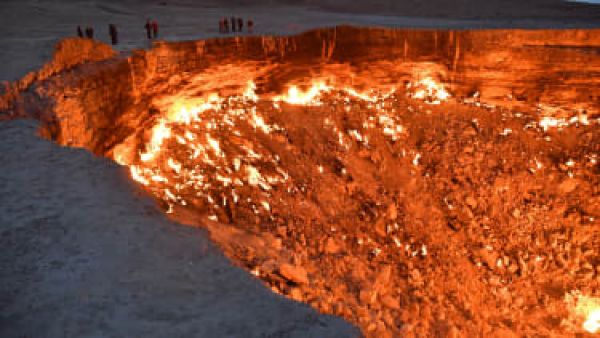 Turkmenistan’s Darvaza gas crater is celebrated around the world as the closest thing on Earth to an honest-to-goodness portal to the Underworld.

However, President Gurbanguly Berdymukhamedov has now ordered the closure of the site popularly known as the “Gates of Hell.”

The crater was formed in the early 1970s, when the ground collapsed during a Soviet gas drilling expedition, and it’s been burning off natural gas ever since.

In the world of international tourist attractions, if the Darvaza Crater is Hell, London’s much-mocked Marble Arch Mound is a sort of underwhelming Purgatory. The $8 million lumpy hillock closed January 9, just six months after opening.