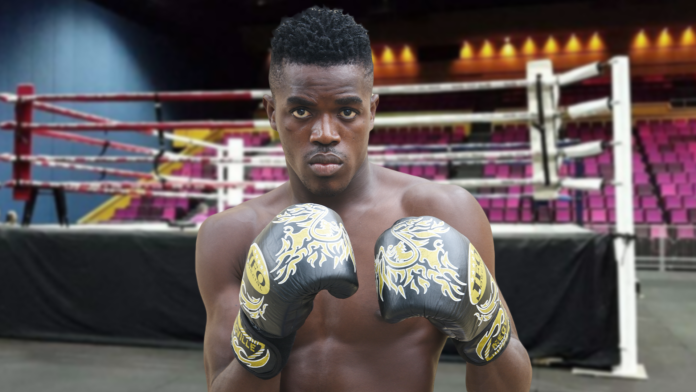 The rangy boxer, who lost to his Ukrainian opponent in the World Boxing Organisation (WBO) Oriental middleweight title bout in July, said the defeat to Mytrovanov-via unanimous decision-was a setback and not a disaster.

“I have taken lessons from the fight and those lessons will stand me in good stead. It was a setback, not a disaster and I’m happy to have the opportunity to put it behind me at GOtv Boxing Night 23. Very unfortunately for my next opponent, he will be the victim of the lessons I’ve learnt from my defeat in Ukraine. I will return to winning ways without a doubt,” he said.

GOtv Boxing Night 23, which will feature six other fights, will also see the return to action of World Boxing Federation (International) lightweight champion, Rilwan “Real One” Oladosu, who will fight Ghana’s Charles Amateifo in a super featherweight challenge bout.

In the light heavyweight category, Segun “Success” Olanrewaju will take on Fatai “Hit Man” Balogun, while Abiodun “Infiniti” Afinni will confront Michael “Emirate” Godwin in the cruiserweight division. The event will also mark the professional debut of two GOtv Boxing NextGen Search finds, Abolade “B. Bee” Balogun and Segun “Adeyemi”, who will slug it out in a light welterweight challenge duel. The event, which will be beamed live on SuperSport across Africa, will be held with full observance of Covid-19 safety protocols

Rite Foods Limited has joined other organizations around the globe to mark this year's World Clean-up Day by partnering with Lasgidi Recyclers,...
Read more
Sports