Home Security Gumi to FG: ‘When you kill bandits’ children, remember they also have...
Security

Gumi to FG: ‘When you kill bandits’ children, remember they also have our children’ 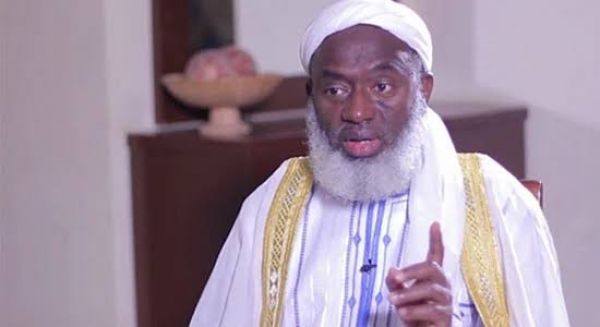 Ahmad Gumi, a prominent Islamic cleric, has called on the federal government to engage bandits in order to guarantee security in schools.

Since December 2020, at least six kidnappings of schoolchildren have occurred in the northwest and northcentral parts of the country, with not less than 700 students and staff abducted.

The abductions have resulted in the suspension of boarding schools and deployment of security operatives to schools in some states.

Speaking on the development, Gumi, in an interview with The Punch, said aerial bombardments of bandits will only worsen the security situation, arguing that they are also “victims”.

“To secure schools, why not engage the bandits. Engage them; they are not many. You can count them with your fingers. How can you guard schools? It is not possible. In the whole north-west, they may not be more than 100,000 bandits. And that is just a drop in the ocean,” he said.

“That is talking about those with weapons; because not all of them have weapons. Ninety per cent of those who have weapons use them to protect themselves against cattle rustlers.

“They are victims too. Aerial bombardments will only worsen the situation because when you start killing their children, you remember they also have our children.”

Speaking on the abducted Islamiyya students of Niger state, Gumi said he is still trying to “talk sense” to the abductors not to collect “dirty money” from the parents of the kidnapped students.

“But we are trying to talk sense to them that these are just innocent school children. We don’t even have any idea of the condition of the children. We are just saying these are young children trying to study and they did nothing, so why are you trying to take dirty money from their families?

“This (kidnap of Islamic pupils) actually proves to the nation that the bandits are not really indoctrinated, they are just looking for money and I think that this is a good prognosis.

“They are not targeting a religion; they are not ideologues, which are difficult to deal with. We should not forget that they are not educated, formally or informally. They are just going about with cattle, and suddenly they found a lucrative way of finding money.”

They went on to demand N200 million ransom for the release of 156 Islamiyya students.