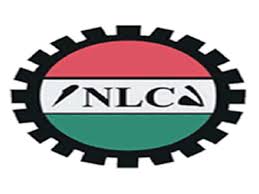 He was abducted at about 3.30 a.m. on Sunday at his residence in Sunkani, administrative headquarters of Ardo-Kola local government council on the outskirt of Jalingo, the state capital.

It was the second time Jediel, 54, would be kidnapped this year, the first being in February when he was released two days later after an undisclosed amount was paid as ransom.

Police sources said he was kidnapped in the presence of his family members.

Police spokesperson in the state, David Misal, told our correspondent that he has been transferred to Jos, Plateau State, and so could not confirm the report.

A senior police detective, however, confirmed the abduction and said intensive efforts were being made by a combined team of police officers, vigilantes and hunters in the area to ensure that the unionist is released and the perpetrators arrested.

As of the time of filing this report, the abductors were yet to reach out to the family.

Kidnappers are demanding a ransom of one million naira each to release around 80 children snatched from a boarding school in Kaduna...
Read more
Business