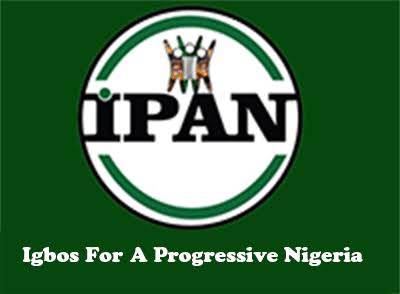 Igbos for a Progressive Nigeria, IPAN, has called on both the federal and state governments to map out various measures that will promote quality education among the youths.

The group gave the charge while announcing its results for the just concluded essay competition, held Nationwide.

The National President of the group, Comrade Lawrence Onuzulike said education had been the pillar of every developed nation.

Onuzulike said the essay competition was widely published and the topic was “The Igbo Nation: Exploring and Attaining her full Potentials in a United Nigeria”- Discuss.

Announcing the winners of the essay competition, Onuzulike revealed that Okoli Jessica Onyinyechi, from Anambra and who is an Integrated Science teacher at Daughters of Divine Love Juniorate, Enugu, took first position and was given N100, 000, Ogbaga Sunday Thomas from Ebonyi was the second person with an envelope of N50,000, while Asogwa Chijioke Peter, a medical doctor from Enugu, was third with N30,000.

Onuzulike disclosed that the reason for the contest was to avail young Igbo intelligentsia the opportunity to research and provide ways Igbo nation could continue to attain its potential in a united Nigeria.

“We felt that many young people of today don’t see any future in this country anymore, because the Nigeria’s conversation space has been dominated by hopelessness and negative projections by the media, hence the need to re-focus the minds of the youths.

” It’s time to find ways to provide visible paths to success for our young ones and the essay is one of the ways to do that.

On his part, the Publicity Secretary of IPAN, Barr Arinze Odiari said Igbos For A Progressive Nigeria, IPAN, is an organization formed to unite the Igbos and build bridges of understanding and partnership with other regions of the country.

In his words, “participants wrote not More than 1000 words.

The formal launch of the book, 'The Black Dragon', a fictional work authored by a 16-year-old boy, Bemiwo Adesina, will hold on...
Read more
Education

Commendation as LAUTECH ranked 11th in Nigeria, 74th in Africa

WASSCE records over 1.6m registration for 2021

Over 1.6 million candidates are expected to participate in this year’s West African Senior School Certificate Examination (WASSCE) scheduled to begin on...
Read more