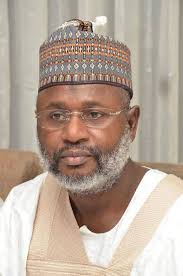 A former Zamfara State Governor, Sani Yerima, has said he would vie for the presidency in 2023.

He noted that the only thing that could stop his ambition was if the party zoned the ticket to other regions.

The former senator argued that nothing in the 1999 constitution and the All Progressives Congress stops him from contesting in 2023.

The APC chieftain noted, “Yes, I want to confirm to you that by the special grace of God, if I am alive, I Senator Ahmed Sani, intend to vie for Presidential office.”

On how he intends to actualize his dream with the zoning and resolution of the Southern governors, he said: “Well, I don’t see any body language either as a law or as a document that guides us in politics and in politicking.”

Asked if the Southern Governors’ demand that the presidency should come to the south was not an obstacle to his ambition, the ex-governor said, “As far as I am concerned, the Nigerian Constitution and that of APC as of today, unless there is any amendment in the future, has declared that every Nigerian who is qualified based on the qualification that is enshrined in the constitution should aspire for any office in the land: Governor, State Assembly, National Assembly.

“Therefore, as far as I am concerned, my constitution both party and national, has not barred me from contesting for Presidency. So, no statement of any group can stop me.

“But you see, if tomorrow my party comes up and say we have zoned Presidency to the South, I, Yerima, will follow it. I will then know that it is a decision, legally and lawful that is binding on all members of the party.