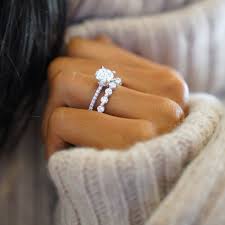 An Indian man shocked his relatives and his entire country after he agreed to let his wife-of-five-months marry her lover, and even arranged their wedding.

Hum Dil De Chuke Sanam, a 1999 Bollywood blockbuster, tells the unlikely tale of a man who helps his wife marry the man she truly loves, played by superstar Salman Khan. It’s the kind of story most people don’t even imagine could happen in real life, and yet the exact same thing already happened twice in India this year alone.

Pankaj Sharma, an accountant at a private firm in Gurugram, Uttar Pradesh, married his wife Komal in May of this year in an arranged marriage, the kind of which is fairly common in India. However, five months into their marriage, the two had yet to consummate their union, and, to make matters worse, Komal didn’t even talk to anyone.

“She neither consummated the marriage nor even talked to anyone. After being coaxed, she confided that she wanted to marry her lover Pintu,” Pankaj told reporters.

After hearing her wife’s confession, instead of being angry with her, Pankaj Sharma simply informed his in-laws about the situation. After they failed to convince her to forget about her old fling, the matter was presented to the Anti-Domestic Violence Cell and Asha Jyoti Centre, and a meeting between Pankaj, Komal, their families and the woman’s lover was set up.

According to Indian media, seeing that there was no convincing his wife to accept the arranged marriage, Pankaj agreed to let her marry Pintu instead, even helping the couple plan their wedding and hiring a lawyer to make their union official.