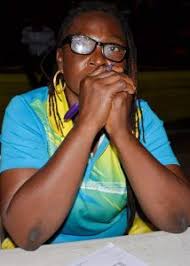 Olufunke Ogunsuyi, the head coach of kickboxing in Ogun State is dead.

Her body was found in her hotel room in Ilorin on Saturday.

Olufunke was in Ilorin to participate in the Kwara Zonal and Invitational Kickboxing Championship.

She was an official at the competition and a coach of two of the athletes who participated in the fight.

Her absence was noticed on Saturday around noon when all officials were supposed to converge for the commencement of the final ceremony of the competition.

Olufunke was called on phone several times by other officials but they got no response.

Organizers and other colleagues afterward went to her hotel room, broke the door and found her body.

She was confirmed dead at the General Hospital, Ilorin.

Her body was also deposited at the mortuary in the hospital.

The final of the Kwara Zonal and Invitational Kickboxing Championship which was supposed to hold on Saturday was postponed till Sunday in respect of the deceased.