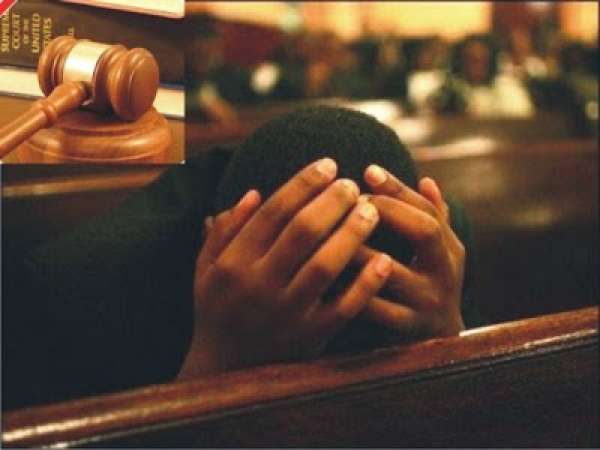 The Lagos State Ministry of Justice has filed a charge against three members of the Celestial Church of Christ Gospel Mission in the Pipeline area of the State for alleged rape and indecent treatment of a corpse.

However, the defendants, Jacob Farinmade, Abraham Olujobi and Olatunde Taiwo have insisted that they are innocent of charges brought against them.

They were re-arraigned on Wednesday at Ikeja Domestic Violence and Sexual Offences Court on an eight-count charge before Justice Abiola Soladoye.

They pleaded not guilty to three charges of conspiracy and misconduct with regards to a corpse.

On his part, Farinmade denied five charges of rape, unlawful detention and unlawful burial in a house.

But the lead State prosecutor, Mr. Olusola Soneye argued that the defendants who were in charge of the Celestial Church of Christ Gospel Mission at No. 15/23 Pipeline Street, Ipaja, Lagos committed the offences in 2015 in Lagos.

He said that “The defendants sometime in 2015, indecently cut open the corpse of Deborah Elijah for the purpose of separating her from her foetus prior to burial.

According to him, “They treated the corpse of one Olubunmi Saliu in an undignified manner by burying her in a shallow grave in the church premises.”

Stating further, Soneye said that Farinmade while being the Reverend in charge of the church, raped three women (names withheld) and unlawfully detained one of the women.

He also said that Farinmade authorised the burial of Deborah Elijah in an adjourning land at the Celestial Church Gospel Mission without the relevant consent of the Local Government Authority.

He informed that 13 witnesses are set to testify against the clerics on behalf of the prosecution.

Justice Soladoye ordered that the clerics continue to be remanded at the Kirikiri Maximum Correctional Center and adjourned the case until December 16 for trial.