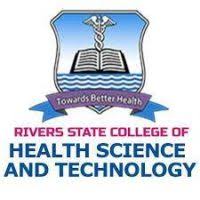 The Rivers State College of Health Science and Management Technology has suspended one of its lecturers, Mr Princewill Chikakpobi, for three months for allegedly sexually harassing a 100-level female student.

The Provost of the College, Professor Franklyn Nlerum, who disclosed this at a press briefing in Port Harcourt, said the suspension took effect from August 5, 2021.

A widow and mother of the student, Mrs Lemon Gbara, had in April 2021 alleged that the lecturer tricked her daughter into his office and forcefully had sex with her, adding that he threatened that she would not graduate if she mentioned what happened to anyone.

Nlerum said the lecturer had been removed as the Head of Department, Dental Surgery Technician, adding that he would be paid half salary throughout the period of his suspension.

He stated, “The management of the college in an emergency meeting which was held on August 5, 2021, decided to suspend the lecturer, Mr Chikakpobi Princewill, the Head of Department, Dental Surgery Technician, for the case of sexual harassment of one of the female students in that department.”

The provost, however, dismissed the allegation of rape for lack of sufficient evidence based on the report of a panel that investigated the matter.

“The student, according to the committee, was told to bring the report of a medical test; she was unable to produce this. Based on that, the committee decided that you cannot establish that except she provides a medical report to ascertain that she was actually raped,” he added.

In a related development, the Ignatius Ajuru University of Education has slammed a one-year suspension on one of its lecturers, Mr Godwin Olai, for allegedly demanding the sum of N70,000 from a student to help her write and bind her project work.

Also, the management of the institution said the lecturer would not be paid throughout the period of his suspension.

The Vice Chancellor of the university, Professor Ozo-mekuri Ndimele, disclosed this in a statement issued in Port Harcourt, on Monday.

He said Olai’s suspension was sequel to the report of the university’s staff disciplinary committee, which investigated the matter.

“Mr Olai was found guilty of demanding the sum of N70,000 from one of his undergraduate supervisees to help the student write, type and bind his project,” he added.

Ndimele said the institution acted on a leaked audio tape recording which indicted the lecturer.

76-year-old man, Adeniyi Adebisi Samuel, has been beheaded by some ritual killers in the Akanran area of Ibadan, the Oyo State capital.
Read more
Education

Operatives of the Ilorin Zonal Command of the Economic and Financial Crimes Commission, EFCC, have arrested 30 suspected internet fraudsters in a...
Read more