Singleness is not a stigma – Ife Olatona 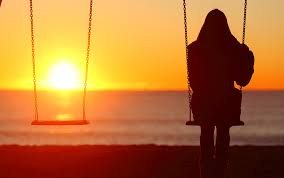 In Yoruba, my native language where I grew up in Nigeria, my first name means “love,” but I have yet to experience love, the romantic kind. I want to love, to be loved, to witness a shower of affection beyond declarations or a supposed responsibility, but I remain unmoored by the prospect of romance.

How does one fall in love? Wouldn’t one fall out of it?

Hard of hearing, I grew up quietly. Fully alive only with trusted kin, I was precocious yet sensitive, vulnerable. As the only person in my immediate family with hearing loss, I started speaking late. Even now, I speak only when I deem silence insufficient.

My parents loved me. They knew my silence, my detachment. Love, for them, was facing me when speaking, not shouting at my deafness, and patiently helping me unravel what I did not hear. The little I heard of the world as a child was noisy, constantly abuzz, sapping my strength. On many days, I wanted to be alone but not lonely.

I knew the difference.

To find language and sound for myself was work because I did not have a hard-of-hearing community in Lagos. I could do without sign language, but I was still an other in a hearing world loud with multiple languages.

My mother, concerned, showered me with love. Every night, she hugged and pecked me so much I got tired. She heard too much silence and begged me to be less withdrawn. I tried, but as I approached my teens a growing numbness overtook me. I cringed at uninvited affection. I wrote more than I spoke, so my parents gave me two journals to get a glimpse into my mind. I wrote to each of my parents in separate journals and slipped my heartfelt notes beneath their pillows or desks.

I don’t remember the contents of those journals, but I recall feeling loved each time they wrote back, slipping their responses to me in the same manner. It was gentle, much kinder than barking words at me or repeating them. Even if I could have conversations in a world deaf to deafness, they were exhausting, especially phone calls.

I dread phone calls. It hurts each time I explain to a friend that I’m not snobbish — calls are stressful. When I was young, the hurt wasn’t about hearing aids or lip-reading but how unaware and insensitive my friends were. Writing, for me, held liberation.

I wrote to my parents and people I loved but never romantically. Wary of affixing labels — before I learned about the aromantic spectrum in my midteens, and more specifically, demiromanticism (romantic attraction felt only in the presence of a pre-existing emotional bond) — all I knew is that I was hardly swept up by romantic expressions.

When a girl placed an anonymous love letter under my desk in high school, I did not feel loved. It was a shock, a joke — not because I thought I was too alienated to be loved, but because I couldn’t believe she could love me when we didn’t know each other emotionally.

What was I to do? Act as if in love? Bask in the sheen of it, then claim life lessons when it withered? Casual dating didn’t sit well with 15-year-old me. After smiling and wishing the handwriting were as beautiful as the affection, I wondered what to do with such a note.

“Who wrote this?” I shouted, drawing a little crowd of peers who laughed. Soon, I was laughing too, awash with something I could not name. I rolled the letter into a ball and threw it away, not believing one bit.

Years later, as a freshman in college, I wondered why the girl had chosen to write an anonymous letter. Did someone dare her? Was she shy? Did she write because she knew I loved reading? Did she think she could love me like my mother?

Her love letter didn’t match any of my mother’s letters, but I did not forget about her note. I threw it away quickly, but it lingered in my mind. Why I was so unmoved? Perhaps I dismissed the heartfelt note because I thought it was badly written or because I thought the pun, “Ife mi” — meaning, “my love” — assumed reciprocity without a pre-existing intimacy, which jarred me. I could not be her love if I had never been in love.

In high school, I did not feel pressured to date anyone. Instead, I was the coolheaded friend to come to after a breakup. If there was anything I noticed about the mechanics of high school infatuation, it was how people turned to close friends when they broke up with their partners. Partners took up special meaning and undivided attention when the relationship thrived, but when it broke, the attention was diverted to friendship, work or even spirituality.

Since my midteens, I have sought heartfelt friendships rather than romantic ones. Older relatives of mine, aunts and uncles, deem this a wise choice, especially the prudish ones who insist there’s still time. I’m still in college, but for me, it’s not about maturity but the widespread assumption that everyone is better off in an exclusive, romantic relationship.

I don’t think singleness should carry a stigma. If anything, romantic love should be more stigmatized. While falling in love sounds rosy to me, especially love at first sight, I deem it an implausible bliss, an ill-fated heat. Though beautiful and impassioned when alive, love stings when it withers, and so romantic relationships and marriages are to me, at best, a congratulatory knot, but not an achievement or a guarantee of fulfillment.

The most emotionally fulfilling relationship I have ever had was with a male best friend. All my secrets were in his heart, and his in mine. What we had wasn’t romance, wasn’t sexual. He was closer than a brother and talented, precious. It scared me then, the surge of attention, the lingering affection, the sheltering we gave each other, the warmth that existed between us before distance stole it. Yet we truly cared for each other, and that was love.

With him, I did not see a need to date anyone for more love. It would be nothing but fickle infatuation, a play that wouldn’t match the bond he and I shared. When I told him about the anonymous letter writer, he joked that it would take years before I asked a girl out and that I might fumble trying to woo her.

I laughed. What I loved most about my friendship with him was the innocence, the honesty. In many of my other male-to-male friendships, I felt pressured to act less vulnerable and more tough and detached. With him, I was free, though I sometimes suppressed the expression of it, the same way I did with my mother. Once, I fantasized about pecking him the way my mother did to me, but I couldn’t do it. I rarely called him a best friend, but in my heart, he was. One day, I told him I “low-key” missed him, and he questioned the low-key.

I became more expressive after but still didn’t date anyone. It couldn’t be as intense yet innocent as the way things were with him. It could be more impassioned, but there would be a burden of expectations.

When people privilege amorous relationships above elemental friendships, love becomes suffused with greater expectations and pressures. Perhaps that’s why I threw away the strange lover’s letter. I don’t remember its contents, but I can recall the way they made me feel: repulsed by an affection I could never match.

My older brother deems me strange. Once, he said to me in a video call, “Bro, look at me. Who do you love?”

“No one!” I said, exhausted by such expectations.

Months later, on another video call, he would ask the same thing a different way, saying it would be time for me to get married soon, that I was not too young to look ahead, to keep my eyes open for the right woman.

I thought: No, I’m finding myself first, before another strange lover comes. But I didn’t tell him that. Instead, I said, “Whose time?” I gestured at my watch, hurrying the conversation. I had to go. Love could wait.

Ife Olatona, a sophomore at Howard University in Washington, D.C., is a finalist in the Modern Love college essay contest.