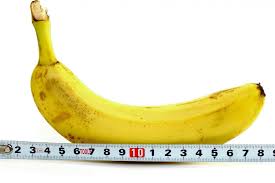 By judging on penis size we’re feeding into patriarchal ideas of what it means to be masculine.

In my early twenties I’d been chatting online with an attractive university girl who was a little bit older than me, and a heck of a lot more experienced than I was sexually. We eventually arranged to meet up, and so it was that I found myself at the foot of her bed about to strip off.

We attach such importance to first-time sex that I was a little nervous, but excited too. I have a small penis, but I was committed to making her happy. When I pulled down my pants she glanced down and looked visibly shocked. She giggled, put her hand to her mouth and simply said ‘okay’ in a tone that made me feel ridiculous. In fairness, it must have been a surprise for her.

When I tried to penetrate, I kept falling out. Even when I was inside, she still kept asking me ‘is it in?’ I tried to give her oral, but this only resulted in me frustrating her. Eventually, she huffed in annoyance and called an end to the experience. And who can blame her? Society says small penises are bad and I’d effectively lived up to the stereotype.

Even now as an adult, I see and hear derisory comments about small penises all the time. A couple of years ago I was doing admin work for a psychologist who publicly champions body positivity. When I discovered that she and her friends privately mock small penises, the revelation swirled inside my head for weeks afterwards. When I saw the memes they were sharing with each other I felt crushed. To talk online about all bodies being beautiful, and then in the same breath shame people for having small penises, feels hypocritical and unnecessarily cruel. It’s body shaming.

“Why would you show everyone your dick if it was that small?”

Barely a week goes by without my colleagues either making derogatory comments about small penises or glorifying big ones. They are mostly said in jest, but for a joke to work, it has to rely on certain ‘truths’. If there isn’t a belief that a small penis is undesirable then using such a size as the butt of a joke wouldn’t make sense.

Just a couple of weeks ago, a colleague of mine was telling me about a flasher who exposed himself to somebody she knows in the town centre near where she lives. Apparently if you’d seen how small it was, you would have thought he would have been too embarrassed to show it off. “Why would you show everyone your dick if it was that small?” She added.

Unflattering comments about small penises and the glorifying of big penises are rife in our society, and that is especially evident in pop culture. Check the episode of Sex and The City (Season 1, Episode 12) where Samantha complains about a guy having a small penis. Music is especially judgemental with so many of our most talented female stars belittling small penises either in lyrics or interviews. Just think about the term ‘Big Dick Energy’ and what that implies, in contrast, about people with small dicks.

On social media, recent examples of penis-related comments I’ve seen come from sources as surprising as an animal rights organisation that inferred a link between hunting and having a small penis, body positivity movements and even so-called sex positive sex educators. Clinical sexologists, sex therapists and sex writers regularly say hurtful things about small penises online. One sex therapist with a media platform mocked a politician for allegedly having a small penis. Another clinical sexologist said she wouldn’t have penetrative sex with somebody who has a micropenis – a term I believe only adds unnecessary shame and stigma to the small penis narrative.

Not only is this hurtful on a personal level, but I feel society’s obsession with penis size perpetuates toxic masculinity. I think by openly judging people so harshly on penis size we are feeding into patriarchal and outdated ideas of what it means to be masculine. I think sex experts and sex writers and podcasters feel free to speak about small penises the way they do because maybe they don’t realise the hurt it causes individuals.

I asked COSRT-certified sex therapist Cate Mackenzie about the emotional impact that shaming small penises can have on people. “It is totally shocking that it is still considered okay to shame people over this,” she says. “And it causes so much pain and despair for so many.”

Of course, people are allowed to have preferences and consider small penises undesirable. I’m realistic about the most popular penis size preferences. I’m not asking for everyone to suddenly desire a partner with a small penis. I just wish people would be more considerate when making small penis jokes.

If you say something unkind about small penises, for all you know you might be hurting your best friend, brother or another loved one. But say something kind, and you might be the spark that ignites somebody’s self-confidence on a path to changing their world.

The wealthiest entrepreneurs have this essential characteristic in common

The wealthiest entrepreneurs have this essential characteristic in commonDo you have what it takes to join the ranks of the most successful...
Read more
Gist

An opposition party candidate running for a municipal position in St Petersburg, Russia, is competing against at least two other people who...
Read more