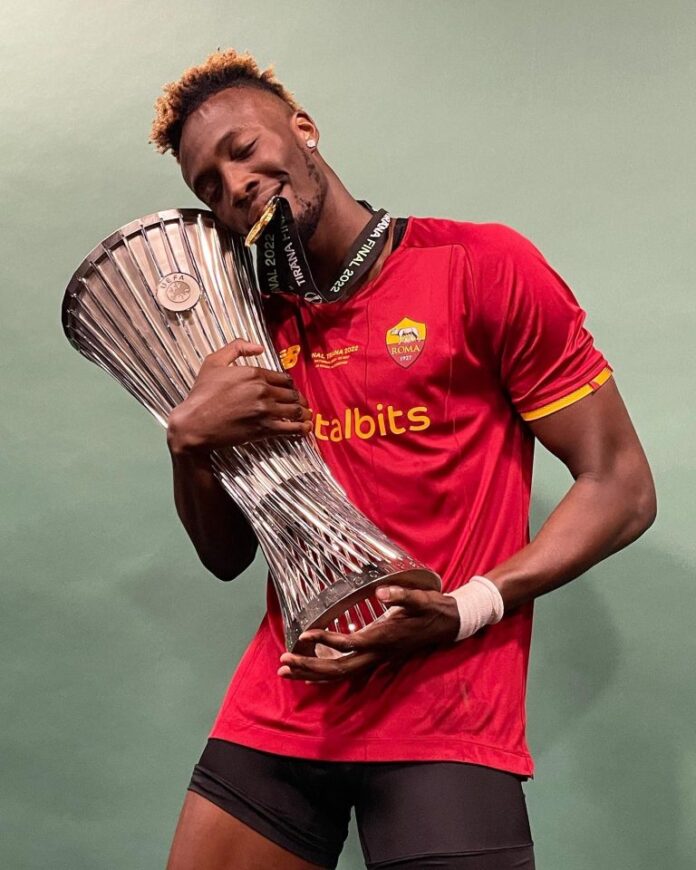 Tammy Abraham, a forward for AS Roma, has completed his debut season with the team.

Abraham joined the Giallorossi last year on a permanent €40 million deal from Chelsea.

In his first season at the club, he scored 27 goals in 52 games across all competitions, making him the most productive debutant in the club’s history.

Last season, Roma won the Conference League, and to commemorate his first year in the city, Abraham shared a photo with the trophy on Instagram among other things.

He has been joined by Argentina international Paolo Dybala at the club.