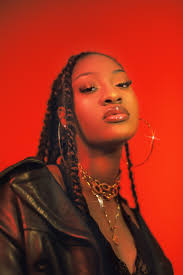 Queen of New School, Tems has been unveiled as a contributor on Beyonce’s forthcoming album, “Renaissance”.

The sensational Tems and P2J, Nigerian-British producer known for his exceptional music production skills, have been credited as the songwriters on the song “Move”.

Beyoncé and her team unveiled the tracklist of her incoming album as well as shared the music credit list via their official Instagram pages.

Tems has been in the spotlight for the best reasons from winning the 2022 BET Award for “Best International Act” making her the first female act to clinch it with award for “Best Collaboration”, to having a vast catalogue of collaboration with top international acts like Future’s “Wait for You”, Drake’s “Fountain” and now Beyoncé’s “Move”.