The untold story of the contraceptive pill 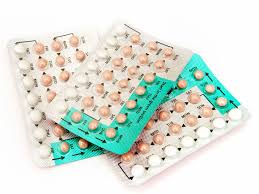 ALICE PELTON WAS 16 years old when she first went on the pill. Like many teenagers, she found the thought of becoming pregnant terrifying, and starting a course of the combined hormonal contraceptive pill, prescribed by her GP, felt like a logical step.

In the months that followed, Pelton’s mood was all over the place. “I would have these uncontrollable outbursts and cry at really stupid things,” she recalls. “There were blazing arguments with very confused ex-boyfriends and family members… I also would get these really low lows – when it felt like I had a piece of gauze in my brain that stopped the serotonin flowing around it properly – and everything was really flat.”

Looking back, Pelton recognises that her reactions were extreme, her “emotions out of control”. But, given the stereotypes placed on teenagers, none of it seemed too extraordinary at the time.

Years later, she stopped taking the pill following a break-up and noticed a big difference. She felt calmer, more levelled. When she began a new relationship and went back on the pill, her equilibrium shifted once again. “It was like night and day. I had incredible mood swings, cried at silly things all the time… it only took a few days for my mum to turn to me and say: ‘You’ve really changed,’” she says. “That’s when I started to cotton on to what a huge impact these hormones had played on my emotions for years.”

Pelton battled with several different brands of contraceptive pill, as well as other hormonal contraceptives such as the IUD (an intrauterine contraceptive coil), but each came with its own unwelcome side effects. It seemed like an endless game of trial and error. Talking with her boyfriend about it over dinner one night, an idea began to take shape. What if there was a way for women to help one another out, to report and compare their experiences? “I can’t believe we don’t review our contraception like we do everything else,” she said.

Contraception, she realised, could be approached like any other data problem – but what she found online was a mess of uncollated information. She couldn’t even locate a place where all the different brands of pill were listed. Conversations were happening on forums such as Mumsnet and Reddit, confirming that she was far from alone in her struggle to find the right contraceptive, but the threads were often disjointed and confusing.

A product manager by trade, Pelton took inspiration from an unusual source: Fantasy Football gaming apps, which she’d helped to build in a previous job. “A lot of sport is very data rich, and with Fantasy Football it’s all about making choices about the players in your teams and trying to impart a lot of information on a small screen – numbers and assists and points and so on,” she explains.

In 2019, she launched The Lowdown, a contraception review platform and online community which now has more than 80,000 users. The Lowdown’s website offers contraception advice and contains independent reviews of contraceptives contributed by visitors to the site – there are around 4,500 published testimonials so far – all of which can be compared and contrasted through filters such as user age, brand of pill and time spent using it. Pelton describes it as a “Tripadvisor for contraceptives”. The Lowdown also offers telemedicine GP appointments and an online pharmacy.

Although the platform covers all contraceptives, including non-hormonal options, the majority of reviews (65 per cent) relate to the pill, with the combined pill making up 42 per cent of the total. The reviews often focus on side effects – mood swings, weight gain, depression. But unlike other product review sites which typically attract reviews from consumers who have had an especially good or terrible experience, users tend to be pragmatic. “Just my experience – other women might find it works for them,” is a common sentiment.

The overall message is clear: despite the pill’s major societal impact, not to mention its enormous global market, for many people the product is simply not up to standard. Sixty years since its invention, the pill could use an update – and Pelton believes a more user-centric approach is what’s needed.