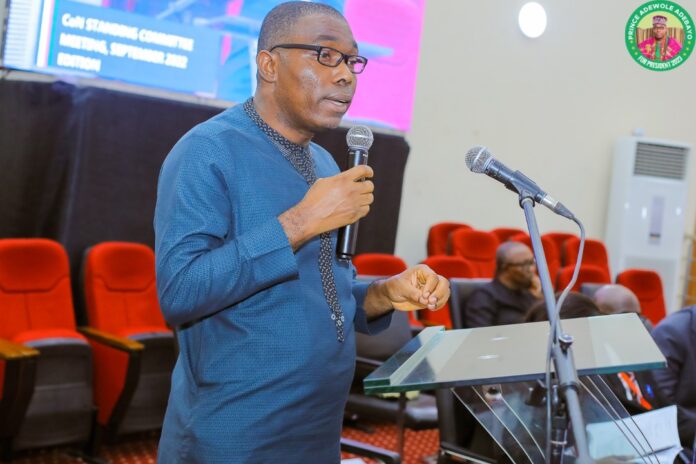 He said that the third force is not meant for someone who could not succeed in the All Progressive Congress, APC, and People’s Democratic Party, PDP.

Prince Adebayo disclosed this while featuring channels TV programme “#StandPoint” discussed the viability of the third force in the 2023 presidential election.

He further said that Labour Party candidate ‘Peter Obi’ has to queue behind the third force if truly his party is ready to be part of the force that will Nigerians the real alternative.

“We are saying in essence is that the third force is about ideas. It’s about principles. It’s about trying to create another pathway is not a convenient vehicle to be used by someone who could not succeed in PDP , APC

“We’ll keep reminding people what the third force is, and it about principle is not about personal ambition.

“We have the fact that Nigeria people don’t want us to talk to the ruling parties. And we are not going to do APC or PDP.

“For those of us who have a clean record, who has a fresh face, who has no history of having saying something against the third force 4 years ago, 8 years ago, 12 years ago.

“Those who are not part of those who said PDP will live forever, or PDP is the best, or APC is doing well. Anybody who has a history of coming from the people and imagine for the people.” he stated