Three kinds of bad bosses and what to do about them 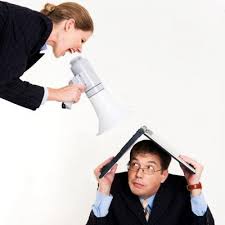 Is a boss in your company making employees miserable? If so, you are probably struggling to figure out how you can reduce that misery. The ideal solution is to find a great boss and keep working with them as long as that relationship helps each of you get where you want to go.

Sadly, there are many kinds of bad bosses. Don’t be one of these people. Here are three different kinds and what you should do about them.

Some bosses are afraid that their career will be at risk if the project they assign goes off the rails. Perhaps there is a good reason for their fear – for example, they were fired from another job because they missed an important project milestone.

If you’re like me, such risk-averse control freaks make you feel like you are suffocating. There are two practical steps you can take to make working with this boss better:

Empathize with their pain. You must establish an emotional connection with the boss. “Tell them you share their sense of urgency and understand exactly what needs to be done for the task to be considered a success – right down to the font they prefer,” according to the Wall Street Journal .
Flood them with project status data. Give them lots of frequent information. That might mean daily emails with lists of what you’ve accomplished, what you will do next, and what challenges you are still facing.
If you do these things, that risk-averse control freak might back off and make your work tolerable.

Another kind of awful boss is the one who ignores you and hopes you’ll go away. You might not know why they’re treating you that way.

Perhaps their boss forced them to manage you; maybe they are interested in other things; or they could believe that the best way to manage you is to let you fend for yourself.

Regardless of the reason, your ghosting boss is not going to change so you have to take action. As the Journal noted, here are four tips to boost your effectiveness with such a boss:

Initiate structured interactions. Get on your boss’s calendar at least once or twice a week since the boss might cancel half of them. Provide a detailed agenda for each meeting and get through it in 15 minutes or less.
Use their favorite medium for communication. Find out whether they prefer to interact with you via email, text or in-person. Keep track of all the topics on which you need their input so you can ask them if you bump into them in the office.
Get their input on key deliverables before the deadline. If the boss has been absent from your work on a big project, send them your report a day before it’s due and set a deadline for them to give you input. This will make it harder for your boss to throw you under the bus if your report is unpopular with top executives.
Build relationships with others who can do what your boss won’t. Meet with people you admire in the company. This will help you get the perspectives you are missing from your absent boss. It might also set the stage for an internal move to a better boss.
3. The demeaning, sociopathic bully
Have you ever worked for a boss who drives their people to tears on a regular basis? If so, you are under the dominion of a demeaning, sociopathic bully. Such bosses are the most dangerous because they are great at kissing up and kicking down.

Stanford professor Robert Sutton told the Journal five things you can do about this kind of boss:

Recognize that companies don’t want bad bosses. As the #metoo movement has proven, even the most sadistic bosses can be tossed out of power if the evidence against them is sufficiently compelling.
Document misbehavior and its impact. Keep a record of the boss’s misbehavior and how others were hurt with dates and times and hold onto insulting emails.
Ask your colleagues to do the same. Form a peer posse of colleagues who have observed the bad boss’s nasty behavior and ask them to keep records in that form.
Share the evidence with a top executive ally. Find a top executive who is friendly with a member of your posse and share the evidence with them.
Prepare to exit. If things go well, the bad boss may be ousted. But the bad boss might stay. To prepare for that, dust off your resume so you’re prepared to depart.
Great bosses taught me skills I was eager to learn while helping them to achieve their goals. Until you find one, these things can make your bad bosses less unbearable.