Home Others Two arrested over herbal drink that killed 10 members of same family...
Others 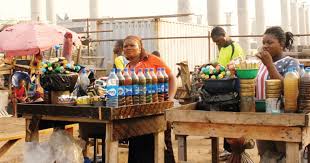 Two persons have been arrested by the police in connection with the tragedy that struck in Biogberu village via Gwanara in Baruten Local Government Area of Kwara State, where 10 members of a family died after consuming a local herbal mixture.

The incident occurred in the rural community last Friday.

The victims were a couple and their children as well as other relatives.

It was gathered that two villagers, Okosi Musa and Worugura Julin, offered a woman, Pennia Bonnie, of the Fulani camp, Biogberu, the herbal mixture as remedy for her foot infection.

They were said to have instructed her to ensure that all her family members took the mixture to prevent the spread of the disease among them.

But after taking the mixture, all the family members died in quick succession.

Police Public Relations Officer in the state, Ajayi Okasanmi, who confirmed the incident, said the matter was reported to the police by one Ibrahim Bonnie on Tuesday.

Okasanmi said Commissioner of Police, Mohammed Bagega, had ordered a discreet investigation into the incident.

He added that the suspects, who gave the woman the herbal mixture, were helping the police with their investigation.

Okasanmi said Bagega advised sick members of the public “to seek medical solution only in recognised medical facilities spread across the length and breadth of the state to avoid ugly incidents of this nature.”

No fewer than 10 communities in Magboro, in the Obafemi-Owode Local Government Area of Ogun State, have threatened to boycott the state...
Read more
Others

U.S. President Joe Biden pledged to never allow Iran to develop nuclear weapons, in comments ahead of a meeting with Israel’s outgoing...
Read more
Others

We’re not against Fulani,Ortom offers land to Fulani herders interested in ranching

Governor Samuel Ortom of Benue State has said he would not hesitate to give land to any Fulani man who intends to...
Read more