Why successful people live by the rule of ‘never less, never more’ 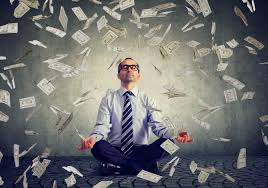 While some is always good and more is often better, too much is often a recipe for long-term failure.

You have a goal: A worthwhile, important, even critical goal. Naturally, you want to complete it as quickly as possible. That’s why successful people work smarter.

And is why successful people also work harder.

But only to a point.

A friend of mine has been a superstar salesperson, the kind who outsells her peers by multiples of six to eight, for nearly two decades. I asked her how she has managed — and, more crucially, maintained — that level of exceptional success.

“Lots of things go into it,” she said. “Training. Skill. Experience. Effort. Perseverance.”

She paused. “But if you’re looking for a simple answer, it’s this: I follow the rule of ‘never less, never more.'”

The rule of never less, never more is simple. Say you have a long-term goal that requires steady, consistent effort and progress. Create lower (“never less”) and upper (“never more”) limits for a specific daily or weekly activity.

In her case, she never makes fewer than three sales calls a day, and never makes more than five. “No matter how skilled you are, sales is partly based on the power of numbers,” she says. So she always makes at least three calls.

And six or more calls into the day, she knows she simply won’t have the energy and enthusiasm required to be at her best.

Sure, she could power through. She could make more than five calls a day. But that effort would come at too high a cost.

She knows she won’t perform as well, and she knows she’s more likely to burn down and burn out and, in time, start to struggle to hit her “never less” target of sales three calls a day.

The lower limit supports and protects the process of achieving the goal.

The upper limit supports and protects her: Her energy, her application, her motivation, and her ability to stay the course and hit her “never less” target, day in and day out.

Success and the Rule of Never Less, Never More

The never less, never more rule works in a variety of settings.

Say you embrace Google’s list of attributes of a great manager and want to regularly provide employees with actionable feedback, show consideration for them as people, regularly share information, and have meaningful discussions about career development.

That way you’ll make consistent, steady progress toward your goal of spending quality one-on-one time with each employee every month — and, because you set an upper limit, you’ll have the time and energy required to do each individual conversation justice.

Or say you want to read more books. Set a “never less” limit of six pages a day and a “never more” limit of 20. That way, no matter what, you’ll finish the average book in a little over a month, putting you on pace for 10 or more books a year — and by sticking to your “never more” limit, you’ll ensure you won’t neglect other important tasks or get burned out on reading.

Or say you’re Stephen King; you never write fewer than 2,000 words a day, and you try to never work past noon. While that upper limit doesn’t sound like a lot, that daily practice has enabled Stephen King to write more than 80 books.

The two ensure you maintain a reasonable balance and the resulting motivation and energy required to stick to a long-term goal.

Because more is better.

But not if it eventually means you start doing less.

By Victor George The CoV-2 Virus, known as the Delta Variant, is rapidly sweeping across the globe. This new...
Read more
Article and Opinion

MAUREEN BADEJO WHAT A LYING MACHINE!! WHAT CASE DID YOU WIN

When I think about this woman, one scripture comes to mind, and that is psalm 2 verse 1, and pardon me to...
Read more