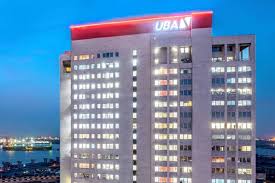 Angry residents of Iree in Osun State, yesterday laid siege to the Divisional Police Station in the town in protest after armed robbers attacked UBA in the community and killed a man.

The deceased was said to have been shot dead at a police station by the robbers, who went there to disperse those on duty before they attacked the United Bank for Africa along Ikirun Road.

Sources said the deceased, whose identity could not be ascertained, was a constabulary attached to the station and had challenged the robbers.

It was also learnt the men of the underworld used explosives to break the doors of the bank and operated for about 20 minutes before they fled in four vehicles through the Iree/Ada Road.

A student of the Osun State Polytechnic, Iree, simply identified as Olaide, said the robbers got to the bank around 4pm and operated for about 20 minutes.

She said the robbers escaped through the Iree/Ada Road by shooting in the air, adding that a man was shot dead.

“They arrived some minutes to 4pm and operated for about 20 minutes before they left. They came to the area in three vehicles, but while fleeing, they snatched a vehicle at a nearby car wash. A woman was among the gang of robbers and they were more than 15,” Olaide stated.

The police spokesperson in the state, Yemisi Opalola, confirmed the incident, saying, “Our tactical teams have been deployed in the area.”

Police personnel, members of the Hunters Group of Nigeria and other non-conventional security groups were said to be on the trail of the robbers.

Meanwhile, angry residents of Iree stormed the Divisional Police Station in protest after the robbers had left.

Oil firm: we have addressed protesters’ issues About 49 ex-servicemen, who worked offshore for Total...
Read more